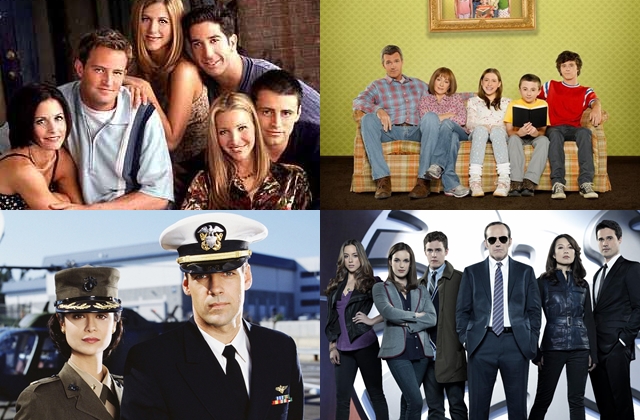 The end of round one is nearing! This time, classic sitcom Friends goes up against family comedy The Middle, while super-secret organization Agents of SHIELD battles the military lawyers of JAG.

These polls will be open for about 72 hours, so be sure to spread the word quickly if you want your favorites to make it to the next round! As always, you can find the links to all the current matchups on our main post. Please try to vote in all the polls that have shows you like, not just the one with your favorite show!

Feel free to leave a comment about which show(s) you voted for and why! I may quote your comment in a Facebook post or tweet promoting this poll! Also, there may be a bit of a lag if a lot of people are voting, so make sure the first poll finishes loading your results before submitting your vote for the second poll! 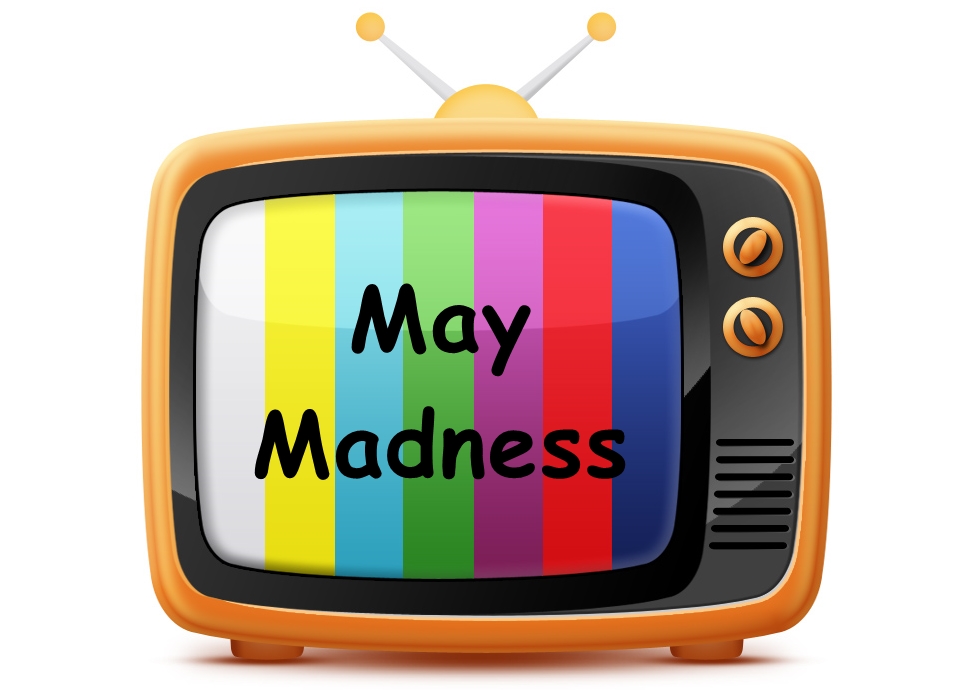 At last, it is time for the 64 TV shows YOU chose to battle it out for the best TV show of all time! Over the next few weeks, shows will face each other in 72-hour single elimination matchups! Everyone who responded to my question about whether to have comedies and dramas mixed throughout the tournament preferred to have the genres battle it out separately and the top comedy and top drama face each other in the final match, so that’s what we will do!

This post will be your go-to reference for current and upcoming matches, so be sure to bookmark it and check back daily! I will add the links as the posts go up. Or, subscribe to our RSS feed to get the latest posts!

Castle vs. Beauty and the Beast – Winner: Castle!

Round four begins with only eight shows remaining! Each of these polls will be open 72 hours.

Friends vs. Will & Grace – Winner: Friends!

And now we’re starting round three, as the remaining 16 shows face off! The lists will be completed as the round one matchups finish, and links to each new poll will be added after they go live! Each of the round three posts will contain two matchups: one drama battle and one comedy battle. All polls will be open 72 hours.

Castle vs. The X-Files – Winner: Castle!

Here are the round two matchups!

Castle vs. Doctor Who – Winner:  Castle!

These will be the matchups for round one. This list was randomly generated, and each of the round one posts will contain two matchups: one comedy battle and one drama battle. I may post several times in a day during this first round so that this bracket won’t go too far into June, but all polls will be open 72 hours. If any of the choices below seem impossible, remember, your decisions will only get more difficult as the tournament progresses! Have fun!

COMEDY – ROUND ONE MATCHUPS

Get Smart vs. The Crazy Ones – Winner: Get Smart!

I Love Lucy vs. Brooklyn Nine-Nine – Winner: I Love Lucy!

Friends vs. The Middle – Winner: Friends!

DRAMA – ROUND ONE MATCHUPS

Which round one loss are you most disappointed by? Leave a comment and let me know!

The schedules are out, the promos are released – now it’s time for me to figure out what I want to watch, what I have time to watch, what I won’t miss, and which new shows I’ll give a chance to wow me. As always, shows that aren’t live-action and scripted are ignored by this site.

New shows are in bold.

Watching: Once Upon a Time

Not watching: Revenge, Betrayal, The Good Wife, The Mentalist

Only one new show is debuting on Sundays, Betrayal, and while the promo was good, the subject matter is meh in my mind.

Watching: Castle, How I Met Your Mother, Bones, Almost Human, Beauty and the Beast

Checking out: We Are Men, Intelligence , Sleepy Hollow

Almost Human’s promo was so excellent, it got bumped right to the watching list. Of course, if it stinks, it’ll get bumped right back down. While Hostages and Blacklist had good promos, they’re just not something I’m interested in watching. Mom looks awful. Sleepy Hollow looks far better than I expected, so I’ll probably watch the pilot out of curiosity’s sake, but I doubt I’ll keep watching due to time constraints. Other than HIMYM, the returning shows that are on Mondays are the ones I fell most behind on (thinking about it now, why Castle and Bones got the short end of the stick was because we usually had a friend over on Tuesdays to watch previous seasons of HIMYM, so I didn’t have time to catch up).

Checking out: The Originals

The only reason Supernatural is on the not watching list is because I haven’t caught up yet, and since I’m still on season one, I doubt I’ll catch up this summer. I was going to watch Dads because of Seth Green, but the promo was so awful I don’t even plan to watch the pilot (besides, it’s in a horrible time slot so I doubt it will last). I’m behind on The Vampire Diaries, so my “checking out” of The Originals may only consist of watching the planted pilot (not a huge fan of the original siblings or Haley). Agents of Shield went on my to-watch list as soon as it was announced, but I was surprised at how much I enjoyed the promo for Brooklyn Nine-Nine. Unless the first few episodes strike a very different tone, it’ll probably stay on my watch list.

Checking out: The Tomorrow People

Wednesdays are once again my least-watched weekday. Aside from the Amell cousins’ projects, I’m passing on the entire night. Back in the Game and Super Fun Night look awful. Ironside looks excellent, but I watch so many other excellent crime dramas that new ones need a fun sci-fi twist (like Almost Human) or to cast one of my favorite actors.

Watching: Once Upon a Time in Wonderland, The Big Bang Theory, The Crazy Ones, Elementary, The Vampire Diaries

Not watching: Grey’s Anatomy, Scandal, The Millers, Two and a Half Men, Glee, Parks and Recreation, Welcome to the Family, Sean Saves the World, The Michael J. Fox Show, Parenthood

It used to be that I mainly watched NBC comedies; now I’m just waiting for Community to come back. CBS’s The Crazy Ones pairs Mork and Buffy, which pushed it onto my short list, and the behind-the-scenes promo was as hilarious as most regular trailers. Wonderland’s preview is amazing, and Reign has an interesting premise and enough actors I know for me to give it a try.

Watching: The Neighbors, Bones (once it moves), Enlisted, Grimm

Enlisted was one of my most anticipated series contenders thanks to a great cast, and the promo shows that it’ll be funny as well. I probably won’t watch Dracula, but I do want to see where they’re going with the story, so I should preview the pilot.

What shows are you watching next fall? Vote below and spread the word!

What broadcast shows do you plan to watch during fall 2013? 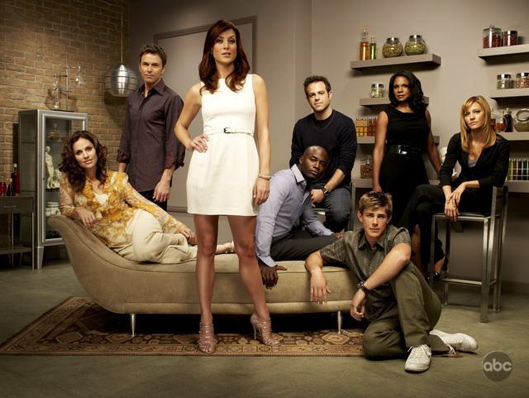 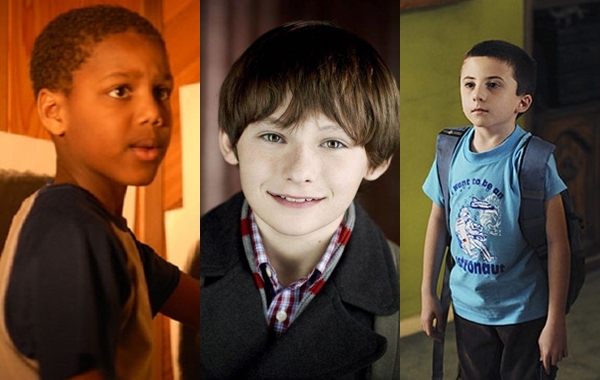 Poll #4 in our Olympic event (have you been keeping up?) focuses on characters aged 6-12 and the talented child actors who play them. From this small list of nominees, you can see that elementary-school-aged characters have grown increasingly rare in the TV world, but there still are a handful of awesome ones out there (and if we’ve missed any that regularly appear on live-action, scripted shows, let us know!).

You can chose up to 3 characters, and this poll (like the others) will be open for one week. And yes, I am aware that some of these characters have moved past their elementary school years, but all spent a significant part of their show in that age range. Vote and spread the word!

Who is your favorite elementary-aged kid? (Choose up to 3!) 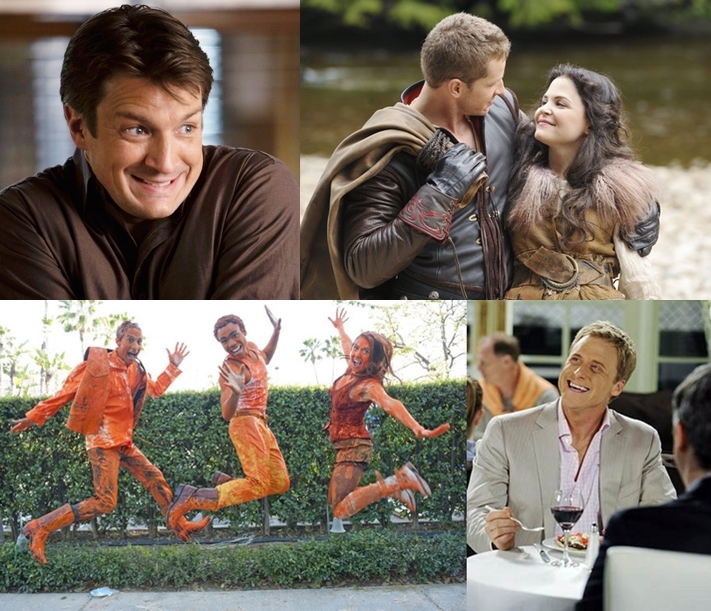 Just in this evening, NBC has renewed Community for a shortened 13-episode season 4! Unlike the network’s 30 Rock renewal, this is not being billed as a final season, so I’m hopeful that the show will get a fifth season, or perhaps garner additional episode orders (the show would need 4 more episodes to reach the “magic” 88 episodes usually required for syndication).

Also, ABC has renewed freshmen shows Once Upon a Time, Revenge, and Suburgatory, as well as veteran shows Castle, Grey’s Anatomy, The Middle, and Modern Family. (If Joss Whedon ever does a broadcast TV show again, it should be on ABC. They seem to like his people – Nathan Fillion, Adam Tudyk, Jane Espenson.)

ABC’s Cougar Town is moving to TBS for a fourth and possibly fifth season (Community’s Abed should be pretty happy about that).

With Awake and Bent unlikely to be renewed by NBC, the only shows I’m waiting to hear about now are on the CW.