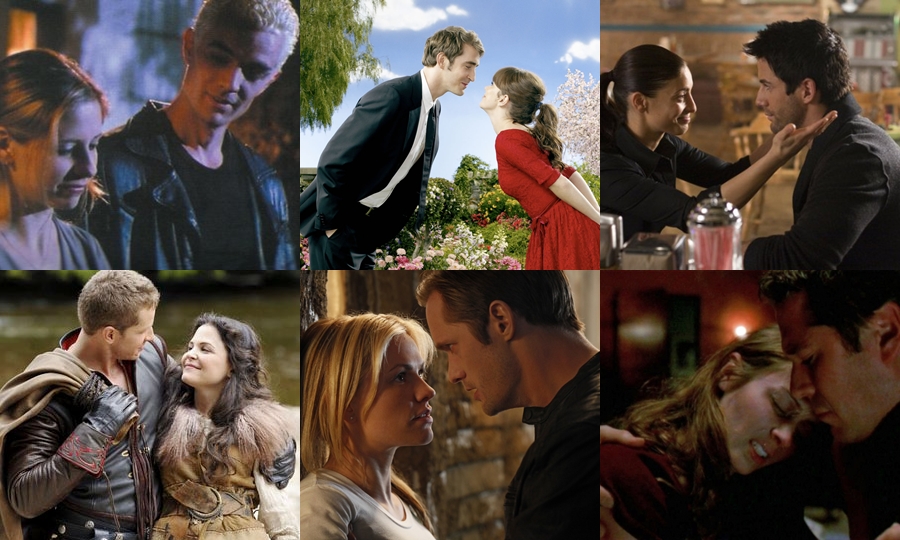 In part two of our TV couples Monday Madness, we’re looking at couples in speculative TV shows! Whether it’s sci fi, fantasy, paranormal, historical myths, or just a futuristic bent, these shows all have something out of the ordinary, even if the couples in them are perfectly normal human beings.

This poll will be open for one week, and you can choose up to 10 of your favorite TV couples. Be sure to spread the word so your favorites will make it into the top 10!

Even though there are 40-some options on this list, I know there are dozens of couples I left out! You can nominate couples I missed in the comments, and I may add them to the poll. Want more of a say in who makes it onto the poll each week? Be sure to follow me on Twitter, since I usually ask for nominations for the next Monday Madness the weekend before the new poll. Please help out with nominations! There are only so many shows I can watch personally, so I’m counting on you to fill me in!

Without further ado, here’s the poll for this week’s Monday Madness! Voting ends around 1AM June 4th.

UPDATE: poll has ended. Go vote in this week’s poll!

Which is your favorite TV couple? - Speculative Division (Choose up to 10)