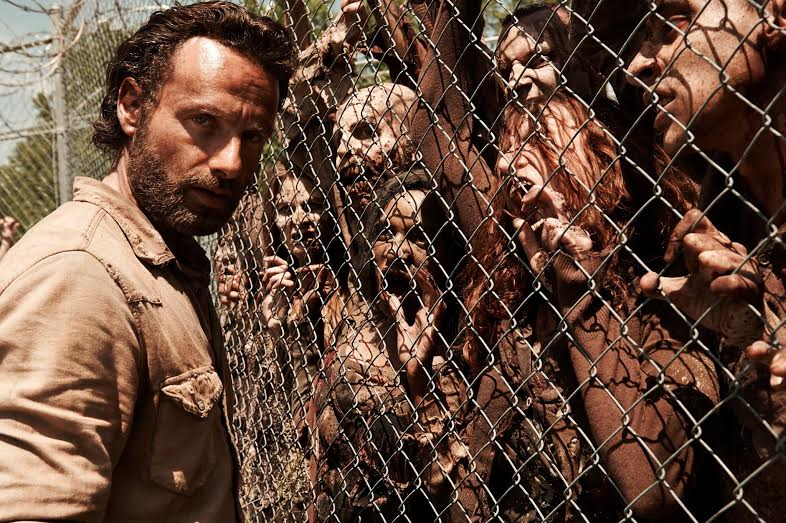 In case you haven’t been paying attention, zombies are pretty much everywhere. In fact, they’re so widespread in the entertainment portion of our culture that one famous actor even thinks we’re on the brink of an epidemic. In an interview with the HuffingtonPost.com, living legend Morgan Freeman said that he believes “[we] may already be in the midst of a growing zombie apocalypse.” Fair enough. He also said that we have all become so obsessed with these undead creatures because of “our desire for immortality.” He may have a point there, though it’s one more existential than simply stating what may be the obvious at this point: zombies cannot, and will not, be stopped.Seriously, let’s take a quick look back at the television side of things, where these brain-noshing jerks have invaded a number of networks. The most prominent and well-known example, of course, is The Walking Dead, the acclaimed series that centers on survivors making their way through a zombie apocalypse. That’s an obvious example, though, and one that neglects to mention, say, Castle‘s run in with these particular monsters. They also showed up on Buffy the Vampire Slayer, which Katie Hart discussed in an article on the episode “Dead Man’s Party” a few years back.The zombies outbreak goes well beyond the small screen. In terms of feature films, it would be a thankless task to even simply list the zombie movies that have been released in the past decade alone. That’s partially because there are a plethora of B-movies out there that cashed in on the craze surrounding these monsters. That being said, there have been plenty of notable releases with zombies at the center of it all. They include the Brad Pitt-starring World War Z (2013), the fantastic kids’ movie ParaNorman (2012), and the flat-out hilarious Zombieland (2009) that featured Woody Harrelson and Jesse Eisenberg. If this sort of thing tickles your cinematic fancy, you should probably check out Boston.com for their list of the best zombie movies ever released.There are then the various zombie-themed franchises running rampant through both cinema and another branch of entertainment: video gaming. You’d probably have to be living under a rock (for at least 10-15 years, at this point) to not have heard of the Resident Evil series and its many games, books, movies, etc. But it’s not the only zombie-heavy gaming content to sweep over the industry. One can simply look to arcade hub Intercasino.com for several examples of the undead further crossing over into mainstream popularity. Namely, they host a goofball, family sitcom-inspired game, “The Zombies,” in addition to a survival horror-leaning experience, “Zombie Rush.” The latter falls somewhere between what you’d expect from Resident Evil if it had less of a we-want-to-scare-the-pants-off-you vibe.So what, then, does this mean for the connection between entertainment and the undead moving forward? Plenty, it would seem. Given the popularity of The Walking Dead and everything else mentioned here, it’s extremely doubtful that we’ve seen the last of the zombies for, at the very least, the next several years. That’ll be particularly true if that Walking Dead spinoff can capture the same fire as the original.

Rick Sanchez is a longtime zombie enthusiast who’s constantly researching what to do if the undead actually do take over the world. He lives in New York with his girlfriend and two dogs, Frank and Gizmo.

One thought on “Zombies Cannot, And Will Not, Be Stopped”