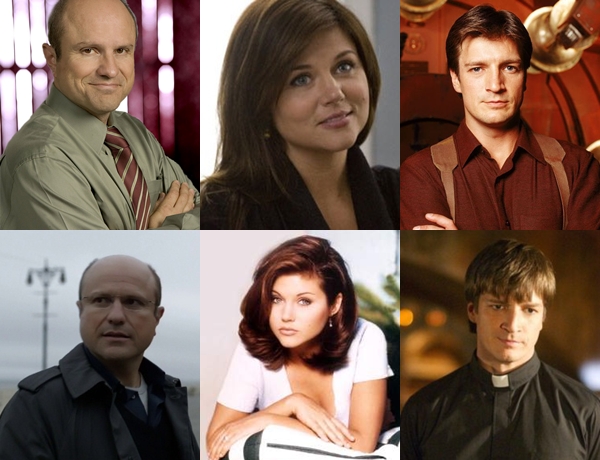 In this penultimate round of the TV Olympics, we’re looking at actors who have excelled at playing both heroes and villains. Two distinct roles in two different shows were nominated, and now, based on those two performances, it’s time for you to judge which actor embraced their good guy and bad guy sides best.

I know there could have been other roles nominated for these actors, but I went with your suggestions – Nathan Fillion was nominated for Firefly, not Castle, and Jensen Ackles had more votes for Dark Angel than Smallville. There’s still room to nominate additional actors who have played both heroes and villains, but both roles must be on different TV shows (no movies), and the actor should be a main cast member in at least one of those shows.

Tomorrow, the final mini-poll event, cast-performed songs (nominate away, but avoid all-musical shows), will launch, and a week from then we will tally the medals and see who won the 2012 TV Olympics! The current top shows only have 6-8 medals so this is still very much any show’s game!

What's your favorite hero/villain performance by the same actor on different shows? (Choose up to 3!)