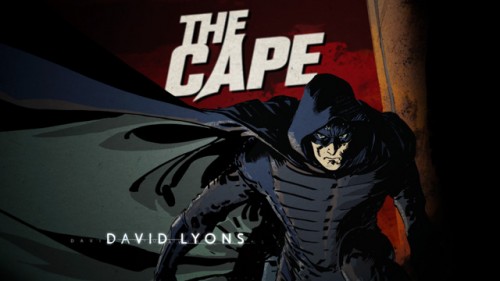 Nothing invokes the memory of a favorite TV show faster than its opening credits. That may be why I always feel a bit cheated when a show doesn’t have any, or when they’re terrible, or when they don’t match the show at all.

White Collar is a prime example of how attached fans get to show intros. When season three debuted with new opening titles, fans were very vocal about their dislike. Eventually the network hosted a poll, and the fans voted the old opening back in.

I didn’t include any classic shows in this list – in fact, only one show had episodes airing before the year 2000. There are no animated shows, and it’s also limited to shows I actually watch. I made my decisions based on the music, visual appeal, how well they meshed, and how well they matched the show. I included some unique ones as well.

I had a terrible time narrowing the list down to just ten, and that’s even with leaving out the shows that only have title and creator in their intros (like White Collar above and How I Met Your Mother) or have voiceover intros (Burn Notice’s “My name is Michael Westen, I used to be a spy” and Castle’s “There are two kinds of folks that sit around thinking about how to kill people – psychopaths and mystery writers”). This list changed several times even as I was writing this article, and the main excuse I gave myself for leaving Bones off was that I couldn’t find a good video for the credits!

I love the music to this theme, and how well the lyrics fit the show. I also love the mysterious quality – it’s hard to catch everything the first few times you watch it, which works well for a show that has a lot under the surface.

This theme sticks in my head long after I’ve watched the intro, and I love the way the comics dissolve into the show’s characters. Hate that this got cancelled.

The folded paper design of this intro is just plain fun.

The cartoon Buy More guy getting in and out of trouble is perfectly in keeping with the lighthearted tone of this show.

I love the mysterious quality of these credits, and the music fits perfectly! It’s cool seeing the artifacts “at work,” too.

Unfortunately, this clip cuts off the cool intro whistle (which plays before the credits actually start). I like the juxtaposition of the actors over the virtual background.

Yes, this is NOT the season 3 opening, which I disliked (it wouldn’t have been as bad if they’d simply changed the visuals, but they messed up the song, too). Bonus points for perfect lyrics (which were even quoted in an episode)!

Apologies for the quality of this clip. Love how this opening meshes scary and funny. I rock out to these credits whenever I’m watching Buffy by myself. 🙂

No, I didn’t make this my top choice simply because it’s my theme this month and I’m giving away a season. I love how it matches the show, with zany moments and apt lyrics. I also love how they change it up to match special episodes – Spanish lyrics, a Christmas version, even a Bollywood rendition.

What openings would be in your top 10? Did I miss any good ones?