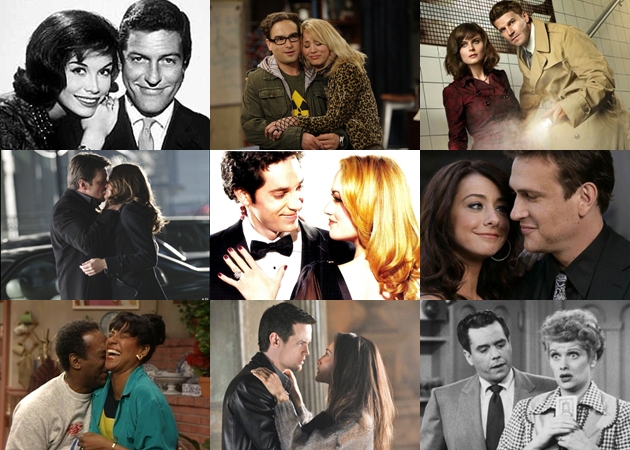 This round of Monday Madness, it’s time to look at TV couples! Because there are so many, I’ve divided this poll into 2 categories – realistic/contemporary and speculative. We’ll cover vampires, time travel, and spaceships next week. This week, we’re looking at couples from dramas, comedies, crime shows, and action. (And yes, it was really hard to decide where to put the couples from Chuck, with the show’s speculative elements, but since the show focuses on the spy aspect, I felt it was best to put it with the other spy shows.)

This poll will be open for one week, and you can choose up to 10 of your favorite TV couples. Be sure to spread the word so your favorites will make it into the top 10!

Even though there are 50-some options on this list, I know there are dozens of couples I left out! You can nominate couples I missed in the comments, and I may add them to the poll. You can also start nominating couples from paranormal, futuristic, and other outside-the-box shows for next week. Want more of a say in who makes it onto the poll each week? Be sure to follow me on Twitter, since I usually ask for nominations for the next Monday Madness the weekend before the new poll.

Without further ado, here’s the poll for this week’s Monday Madness! Voting ends around 1AM May 28th.

Which is your favorite TV couple? - Contemporary/Realistic Division (Choose up to 10)