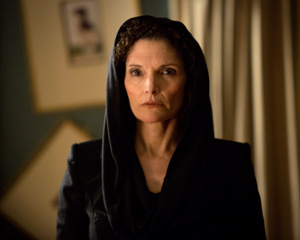 Grimm showrunners David Greenwalt and Jim Kouf answer a bunch of burning questions about the season 1 finale and what’s to come in season 2! Juicy tidbits: season 2 will pick up moments after season 1 ended, the spell Adalind put on Juliette sounds more complex than it first appeared, and the creators knew who the woman in black while they filmed the pilot. (Did anyone else who watched it live think it was odd/cool/weird that they played a promo for the movie The Woman in Black during the episode?)