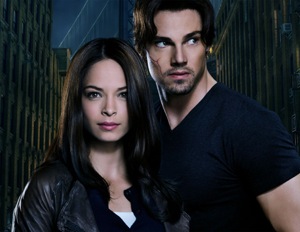 The CW is the last of the broadcast networks to announce their fall schedule, with some major changes.

90210 moves to Mondays at 8, followed by a shortened finale season for Gossip Girl, and in midseason, The Carrie Diaries.

As I predicted, the CW’s two medical shows are on the same night, with Hart of Dixie on at 8 on Tuesdays, and Emily Owens, MD (formerly First Cut) at 9. A great slot, as the only similar show they’re competing against would be The Mindy Project at 9:30.

Wednesdays, new show Arrow will lead off the night, followed by “finally out of the Friday death slot” Supernatural.

The Vampire Diaries remains on Thursdays at 8, while Beauty and the Beast gets the plum slot following it.

Nikita moves to 9 following America’s Next Top Model, which means competition with Grimm and Fringe, but Supernatural didn’t do too bad in that slot, so there’s hope.

All in all, it seems like a very solid schedule for the CW, and I hope the network’s ratings next fall will reflect that. Cult will be a midseason show as well. For clips of the fall CW shows, click below.