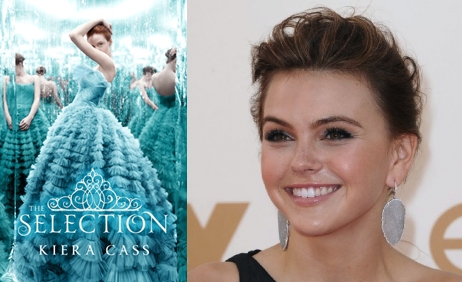 Awesome news for The Selection! The CW hasn’t given up on the show, though the pilot wasn’t working for them. Apparently it followed the book too closely, and now the scriptwriters (most likely still Elizabeth Craft and Sarah Fain) will be given more leeway with the story, using the book as a jumping-off place. There may be some recasting, though lead Aimee Teegarden is likely to stay (here’s hoping William Moseley will stick around as well).

This article also talks about the CW wanting to add two comedies to their slate, and the fact that Nikita’s move to 9PM was done so the network’s local news affiliates would have a better lead-in for their 10PM airings.

CW president Mark Pedowitz was also proud to have Ringer on the air, though the “complicated serial show” was hurt by a long hiatus. The CW will be premiering their fall shows in early October instead of mid-September to lessen repeats and hiatuses next season. He also noted that Ringer star Sarah Michelle Gellar “is coming back to this network as a producer or as an actress.”

What I want to know, is Ioan Gruffudd going to be back on my TV any time soon?

The CW Eyes ‘The Selection’, Two Comedies For Midseason – Deadline.com.