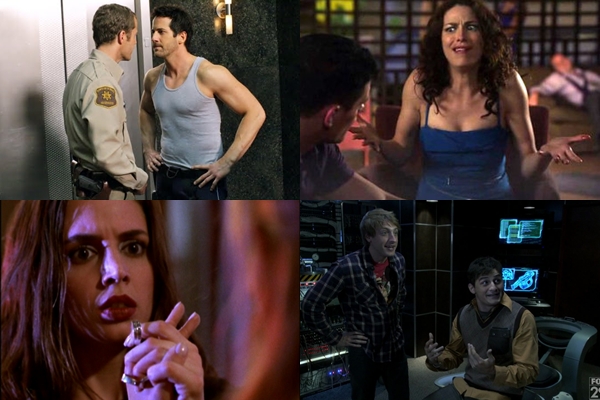 This round of the TV Olympics, we’re looking at switched-body performances! It’s typical of many science fiction and fantasy shows to have an episode or two when characters switch consciousness with each other. Usually it’s a one-to-one ratio, but other episodes get more creative – three characters switching, one character played by two actors, etc.

This isn’t one actor playing two characters (if that is more of a long-term thing, it probably fits into our dual roles poll), it’s where one actor plays a role typically portrayed by another actor (or a new enemy), and usually for only one or two episodes.

What's your favorite switched-body performance? (Choose up to 3!)