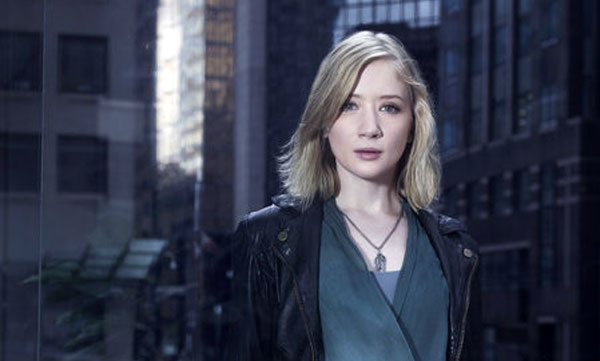 TV Breakroom reported several months ago that a new Alpha was joining the Alphas team this season, and Monday’s episode “Alpha Dogs” introduces her character. Here’s a brief synopsis of the episode:

On the third episode of the second season of Alphas, Erin Way joins the cast as Kat, a young loner whose Alpha ability allows her to pick up any skill at a glance and while her skills are permanent, her personal memories are short-lived.   Also, a mysterious murder leads Harken (Malik Yoba) and Hicks (Warren Christie) to an underground Alphas-style fight club.  Meanwhile, Dr. Rosen (David Strathairn) traces the existence of Stanton Parish (guest star John Pyper-Ferguson) back to 1864, and Parish’s Alpha ability is witnessed for the first time via a flashback to the American Civil War.  Alphas airs Mondays at 10PM ET/PT only on Syfy.

Take a look at this sneak peak: