We have our winners! Our favorite TV couples ultimate showdown has ended, and now it’s time to see which couples garnered the most votes from you, their fans!

You may notice there’s “2012” at the end of the title above. That because I’ve decided to make this TV couples poll an annual event! Things will change up a little each year. I also plan to continue the spring polls with more specific categories, though I will probably change those the most – maybe divisions for comedies and dramas, or by networks. Stay tuned!

Three of these couples did not make it into their division’s top 10, yet managed to improve their rank against increased opposition. Couples from the realistic division dominated this round, winning 6 of the 10 slots and the top two spots by a large margin. None of the wildcard additions made it into the top 10, with most situated close to the bottom (Nick and Jess from New Girl, despite not being an official couple, made it the highest of the newbies – #19).

Speculative couples got a lot of shakeup from last poll to this one. Once Upon a Time had 3 couples in the top 10, now they have none. Whedonverse shows had a decent showing with 2 couples from Firefly and one from Buffy the Vampire Slayer, but none got to the top 10 in this poll. Even the winner of that poll barely garnered a hundred votes this time around.

The realistic couples were much more steady. Each of the five shows represented below also had couples in the top ten of the spring poll, though there was a bit of shuffling as to who from each show made it in.

#10 – Barney and Robin from How I Met Your Mother 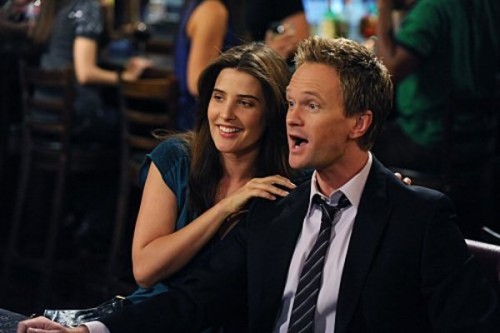 This time, How I Met Your Mother fans preferred this destined-to-happen couple (don’t you love those HIMYM flash forwards?) over the rock-solid Marshall and Lily (which were #9 in the realistic show poll) by more than 100 votes. In the spring poll, they were less than 50 behind their friends for a #12 finish. 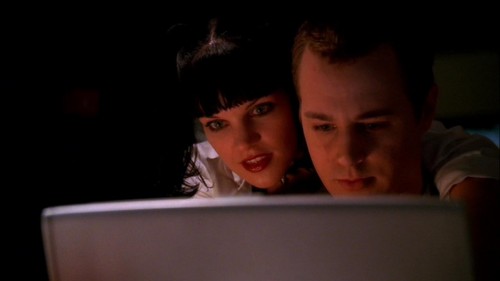 Like Barney and Robin, this NCIS couple just missed making it into the top ten in the spring (#11), but got a better rank this year while getting about the same number of votes. (Hmm, I would who would win if we combined votes? Nah, too much math for me, but you’re welcome to figure that out and post it in the comments!)

#8 – The Doctor and Rose from Doctor Who 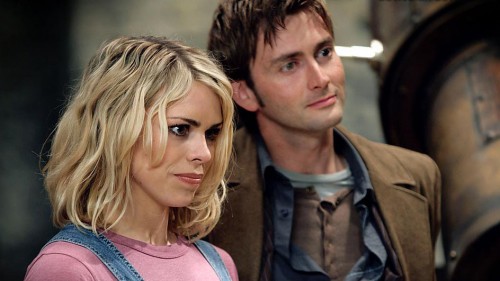 I can appreciate this couple more now that I’m partway through season two of the show. Their rank dropped from a #4 in the speculative poll, though they managed to garner an additional hundred votes this time around.

#7 – Booth and Brennan from Bones 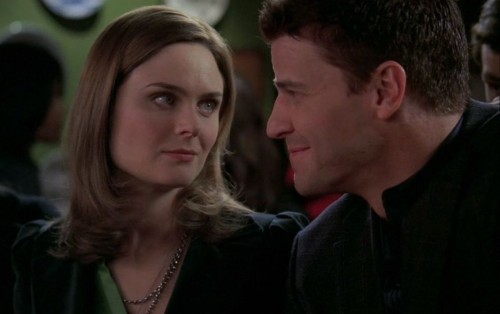 In the spring poll, this couple was #6 and was joined by their coworkers Angela and Hodgins at #10. Pretty impressive that they only slipped one spot in the ranking against more competition. 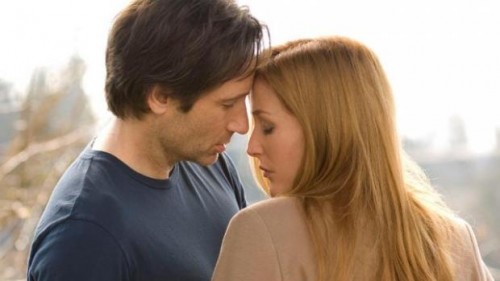 This couple was ranked #13 in the speculative poll, but the original shippers rallied and got them a spot in the top 10 this time.

#5 – Arthur and Gwen from Merlin 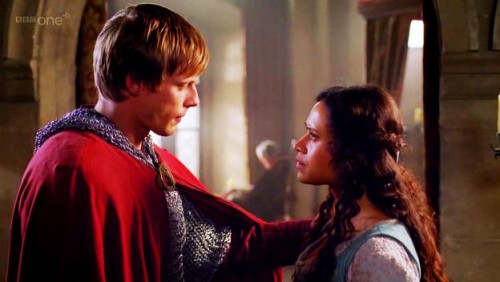 This couple stayed rock-solid in the ranks, earning the #5 spot both times. In this poll, they received 250 more votes, perhaps an acknowledgement of the fact that we soon will be bidding them farewell. In my mind, they tie McAbby for the most adorable couple in this top ten.

#4 – Derek and Meredith from Grey’s Anatomy 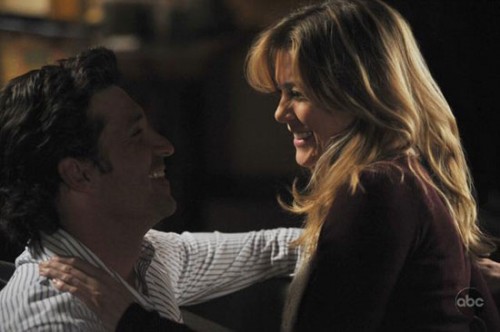 This couple made a dramatic comeback in the final days of this poll, going from #32 to #4 in less than 4 days. They also improved over their rank (#5) in the spring poll.

#3 – Elena and Damon from The Vampire Diaries 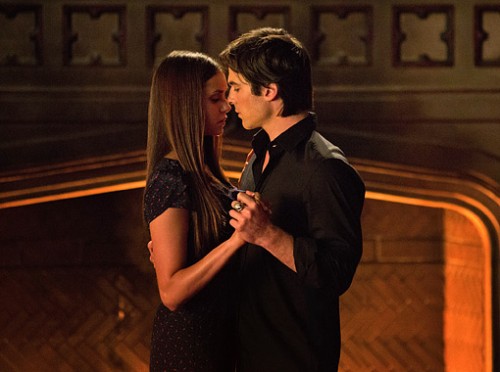 This couple jumped from #6 in the speculative poll, probably aided by the current plotlines on the show. It’s interesting to note – the day that poll ended was when I tried watching the pilot, probably influenced by how many people had voted for Elena and Damon. (Although it didn’t hook me, I watched 5 episodes in one evening when I gave the show another chance 3 1/2 months later.) 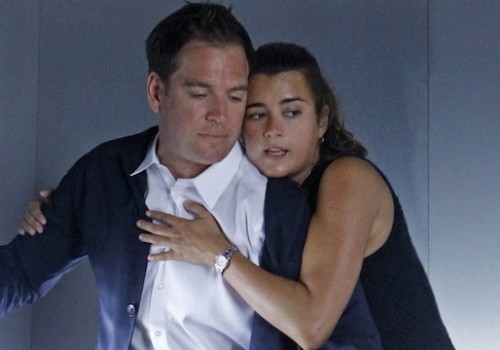 This couple remained at first and second place for most of the poll’s run, and lost by only 123 votes, a marked improvement from their #4 spot in the spring poll. With Tiva heating up, I wouldn’t be surprised if they win next year.

#1 – Castle and Beckett from Castle 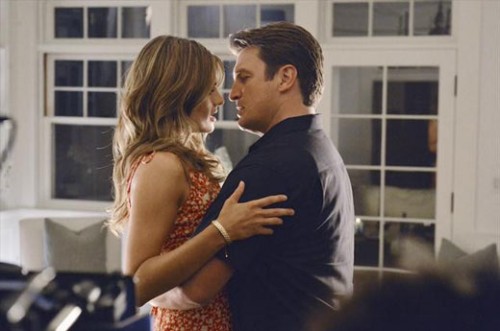 The top favorite couple in the realistic division won a much closer race to again emerge victorious! While the spring poll coincided nicely with the season finale that brought these characters together, it’s great to know fans still love Caskett even with the will they/won’t they tension gone.

Which TV couples would be in your top 10?