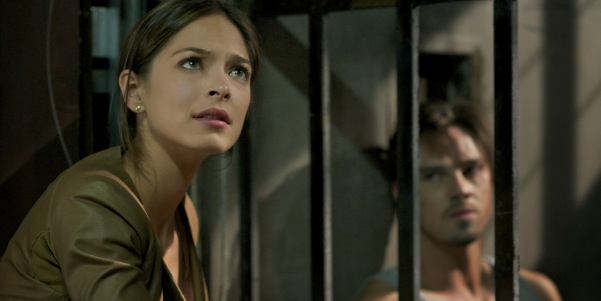 I want to love the CW’s Beauty and the Beast, but the writers are making it very difficult with their middling plots and terrible dialogue. This episode was one of the best so far, however – it’s a shame it didn’t get higher ratings. I see glimpses of potential in the show, and that’s what keeps me watching.

Spoilers for the episode below!

I must say, I love this new story twist of Vincent losing control and beasting out without realizing what he’s doing. Finally, we’re getting some real beast in the story. Though the explanation of Cat being the trigger for these episodes is really lame and inconsistent. Heading to her place, hearing her on the stairs, and being with her in the tunnels supposedly triggered it, but what about all those other times he was with her or thinking about her? It has to be more complicated than that.

And yay for more Evan this week! I really hope the writers continue making him more of a main character instead of just medical examiner/possible love interest. It would be awesome if he figures out Vincent’s secret soon.

New intern was far too obvious of a plant for being the murderer (though it didn’t help that Grimm, probably the closest show to Beauty and the Beast in terms of police department mixing with characters who get beastly, also recently did an intern-is-a-serial-killer plot), but that’s hard to get right. The recreating-famous-murders angle was neat, though.

My heart broke a little for Vincent at the end of the episode, finding out that he’d locked himself up to keep from hurting anyone. I do hope they figure out a way to manage these “episodes” he’s having soon, but in a way that it’s too trite or removes them from the picture entirely. This felt like a very Oz (from Buffy the Vampire Slayer) episode, with tranquilizer darts, possibly murdering an innocent guy, and getting locked up. (Can Beauty and the Beast have a Buffy writer do an episode? Please?)