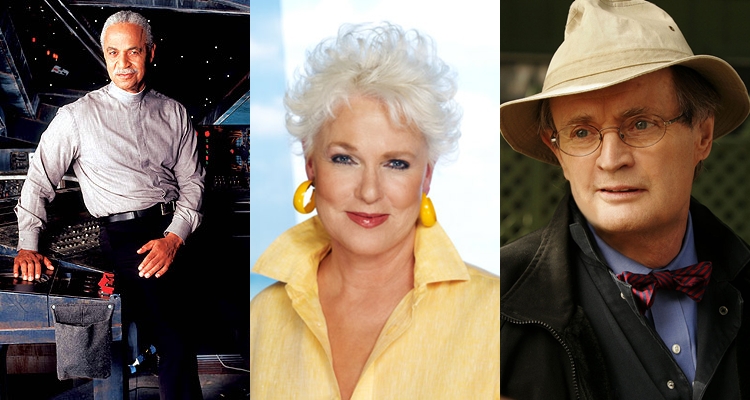 This week, Monday Madness returns with a look at those TV characters who buck the 18-49 demographic trend and prove that interesting characters make for great TV, no matter their age!

One important note: this poll does not include characters who have lived for many decades (or even centuries), but through supernatural means still look and act like 20somethings. So no vampires, Alphas who never age, or characters frozen in time for 28 years, unless they were 50+ beforehand. I tried to find actual ages for characters closer to the cut-off point, but when in doubt, I went by the portraying actor’s age when the show came out. And for long-running shows, some characters may have been under 50 at the beginning, but aren’t now.

This poll will be open for one week, and you can choose up to 10 of your favorite TV characters over 50. Be sure to spread the word so your favorites will make it into the top 10! Fans have used Twitter, Facebook, Tumblr, forums, Reddit, blogs, and chatboxes to get the word out about past polls. Get creative!

Important: I know there are dozens of TV characters over 50 who are missing from this list. You can nominate characters I missed in the comments until Thursday night, and I may add them to the poll (characters from live-action scripted shows only, please, and the character must be a main cast member or appear in at least 10 episodes of the show).

Without further ado, here’s the poll for this week’s Monday Madness! Voting ends around 1AM October 23rd.