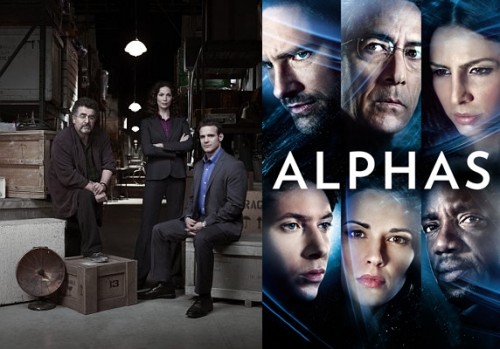 Alphas – When a witness is inexplicably murdered in a locked room at a federal courthouse, Dr. Lee Rosen is put on the case. He leads a team of “Alphas”, human beings with enhanced abilities due to differences in their brain structure.
Two SyFy shows go head to head – which should make into the next round? Vote below!