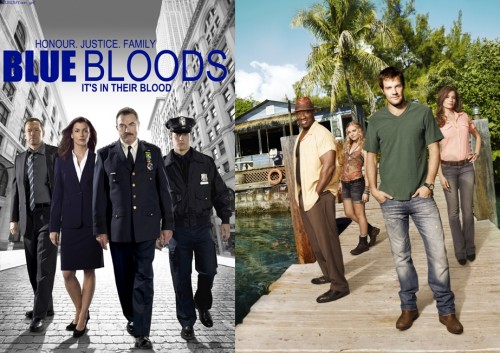 Blue Bloods is a drama about a multi-generational family of cops dedicated to New York City law enforcement. Family patriarch Henry used to be the police commissioner, his son Frank is the current commissioner, and his three children are a police detective, an assistant district attorney, and a rookie cop.

The Finder – Walter Sherman is an Iraq War vet who suffered brain damage in an IED explosion, which triggered the ability to “find” things: he sees connections between seemingly unrelated events, objects or people that other investigators would miss. Walter is assisted by his “legal adviser” and bar owner Leo Knox, US Deputy Marshal Isabel Zambada, and teen parolee and thief Willa Monday, who is serving her probation with the team.

Which of these shows is your favorite? Let me know by leaving a comment below!

TNT Orders Legends and The Last Ship to Serie...

2 thoughts on “March Madness: Blue Bloods vs. The Finder”