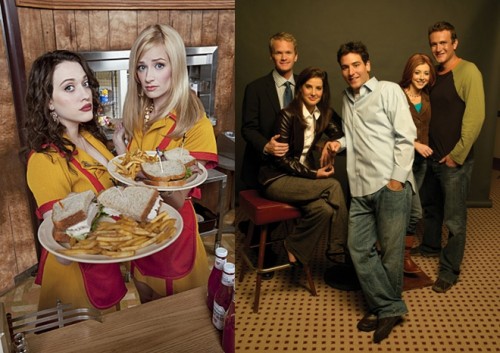 2 Broke Girls – Set in Brooklyn, the series chronicles the lives of two waitresses in their early twenties—Max, who comes from a poor working-class family, and Caroline, who was born rich but is now disgraced and penniless due to her father getting caught operating a Ponzi scheme—working together at a Brooklyn restaurant. The two become friends and build toward their dream of one day opening a cupcake shop.

After running the shows through a randomizer, I was surprised to find out that these two Monday night comedies were competing against each other in the first round! Which should make it to the next?

3 thoughts on “March Madness: 2 Broke Girls vs. How I Met Your Mother”