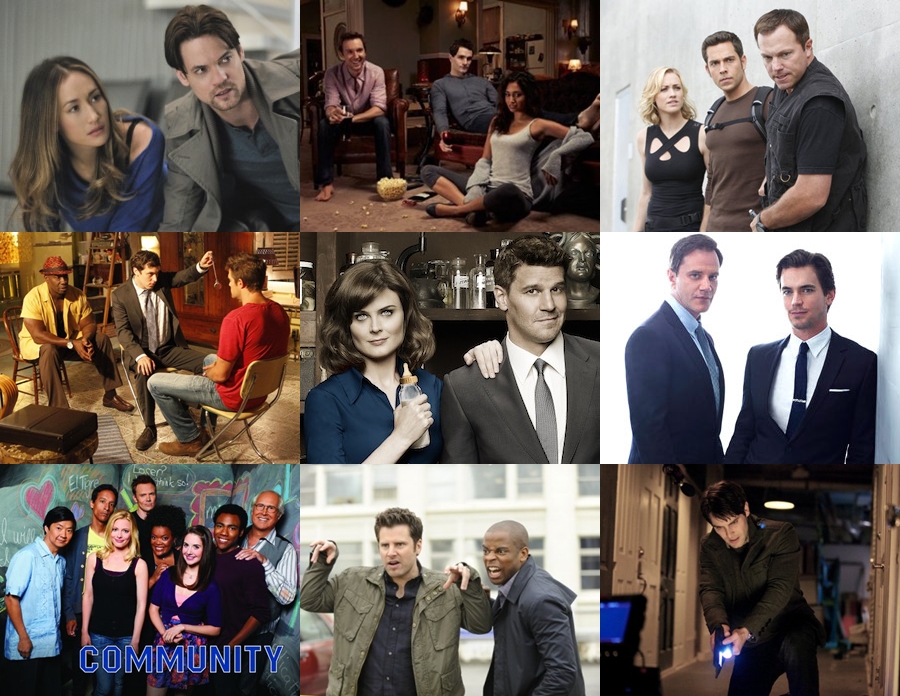 TV Breakroom is doing its own version of March Madness! And there’s a prize!

You will vote between two shows by leaving a comment with your choice on a bracket post (not on this post – though feel free to predict the winner here!). Every 6 days this month, I will close the comments, add up the totals, and set things up for the next stage of the bracket. I’ll link to all of the bracket posts here.

Every comment you leave throughout the month, whether to vote in the bracket or normal comments on other posts, will count as one entry toward a $15 Amazon gift card. Only one comment per post will count as an entry, and comments flagged as spam will be ignored. Contest begins on March 1, 2012 at 12:01 EST and ends March 31, 2012 at 11:59 EDT. Winner must provide email address and respond to winning notification within 3 days.

For a show to qualify, it had to air at least 5 new episodes between June 1, 2011 and February 29, 2012. It also has to be a US show (airing originally on a US broadcast or cable network, no matter where it was filmed), and I have to have seen at least 5 episodes of the show.

Here is the final match-up! The order in which shows would face each other was created by Random.org. Click the match-up to go to its bracket post and vote! Voting for this round ends around 1AM on March 31st, so get your votes in now!