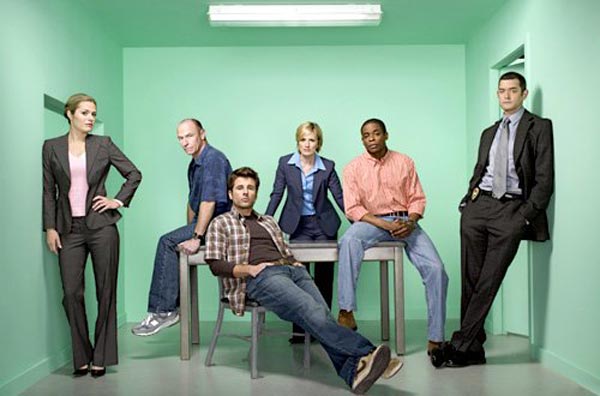 After an arduous month-long war, USA Network’s Psych has emerged as the victor of the first annual TV Breakroom March Madness!

The head-to-head final against Castle was the most difficult battle of the tournament. Each show garnered more than 300 votes, but in the end, Psych won by a mere eight votes! (There were some instances of double voting on both sides – I hope the perpetrators were simply casting votes for family members and not stuffing the ballot box.)

Psych’s odds were helped by some noteworthy accounts tweeting about the match-up. The official Psych twitter, Dulé Hill (who plays Gus on the show), and Maggie Lawson (who plays Juliet), among others, helped spread the news. Some Castle twitter accounts got in on the buzz as well, including fan site Castle TV and Molly Quinn (who plays Alexis Castle).

To celebrate Psych’s win, I’ve updated the background of this site with some Shawn and Gus awesomeness.

The winner of the $15 Amazon gift card will be announced tomorrow. You still have time to leave comments anywhere on the site (one per post) to get entries for the drawing. Giveaway will close at 11:59 PM EDT tonight.

Because of the wonderful reception you all gave to this March Madness tournament, I’m planning to bring in other head-to-head match-ups throughout the year. Check back on April 2 for the debut of Monday Madness!