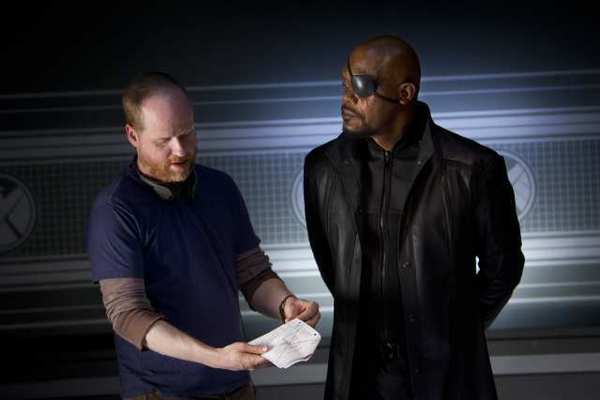 The world of geekdom (and probably much of the rest of the world) can breathe a huge sign of relief – Joss Whedon has signed on to write and direct The Avengers sequel! There was hardly any doubt they would offer the job to him, the doubt was whether Joss wanted to tackle another big Hollywood film or focus his time on other projects.

The article linked below says the release date for Avengers 2 will likely be 2015, since Captain America: The Winter Soldier (first I’ve seen of Captain America 2‘s official title) and Guardians of the Galaxy (which is said to tie in to the big bad revealed at the end of The Avengers) will both release in 2014.

But one of the coolest parts of the article? This sentence:

He also said Whedon is developing a Marvel-themed, live-action television series for ABC.

Remember when TV Breakroom first reported ABC was looking at developing an Avengers-adjacent show? I said this:

Joss Whedon. Superheroes. That’s all you need really. Look what he did with Buffy. He could make even something like Ant-Man work.