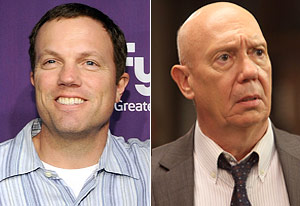 Adam Baldwin, most famous for his gun-toting Firefly and Chuck roles, will be appearing on the first three episodes of next season’s Law & Order: SVU, as an interim replacement for Capt. Steve Harris (who’s in a bit of a pickle after the season finale events). From Baldwin’s previous roles, I’m getting the feeling he’s not going to be the most understanding temporary boss.

I’m glad Adam Baldwin is getting all these guest spots (he also was recently on Castle and Leverage), but I’d really like to see him on a show of his own again soon!