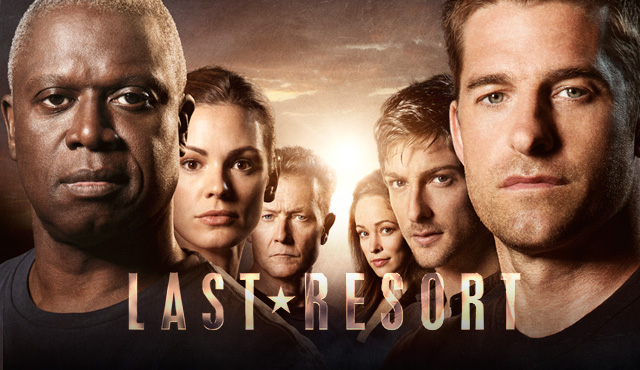 CBS canceled newbie comedy Partners Friday afternoon, pulling the show from the schedule immediately. Also on Friday, ABC decided not to pick up the “back nine” for two of its freshman dramas, Last Resort and 666 Park Avenue, despite ordering additional scripts. Both shows will finish out their 13-episode initial orders.

None of the decisions should come as a huge surprise to anyone watching the ratings. The only show I’ll miss of the three is Last Resort, which featured a cool premise and some great actors. To be honest, I didn’t enjoy the following episodes as much as the pilot, and eventually fell behind with watching the show (partly trying to wait to watch it with a friend, partly because ABC didn’t allow Hulu to stream the show on other devices – like my Roku – and my PC was on the fritz). The pilot hinted at great characterization, but the next couple episodes drifted into stereotypes while focusing on action/plot instead. I had a strong suspicion the show might not last in the difficult Thursday 8pm slot, and as soon as I saw the premiere ratings, I knew it was only a matter of time before it ended, though I did hope for at least one full season. Now I can only hope for some sort of resolved ending.

I only caught a few clips of Partners, but I hope David Krumholtz finds a great show soon (and the same for Dichen Lachman and Autumn Reeser of Last Resort). I watched the pilot of 666 Park Avenue, and was bored, though I knew it wouldn’t be up my alley anyway. My initial take of the premise was imagining a large-scale version of Being Human, where all sorts of supernatural creatures live in relative peace and can be themselves. So the actual show’s horror take was disappointing, and having no actors I followed fervently kicked it off my list completely.

Broadcast Freshmen Grading - How Did I Do Wit...