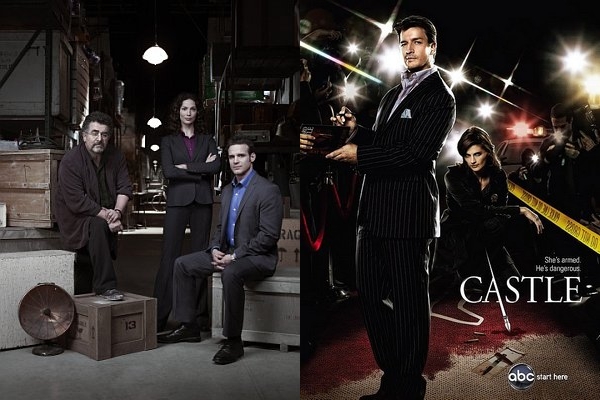 The Final Four continues! Warehouse 13 barely eked out a victory over Burn Notice, but Castle trounced How I Met Your Mother. Now, two shows featuring charming jokesters and their more uptight partners face off for a chance to make it to the final match.

Show descriptions, in case you’ve been asleep for the past three rounds:

Castle – After a serial killer imitates the plots of his novels, successful mystery novelist Richard “Rick” Castle (Nathan Fillion) gets permission from the Mayor of New York City to tag along with an NYPD homicide investigation team for research purposes. He partners with Detective Kate Beckett, and uses a fictionalized version of her as the main character of his new series.

Make your choice in the comments below, and don’t forget to vote for Psych vs. Community!

Update: Castle won! Go vote for it against Psych here!