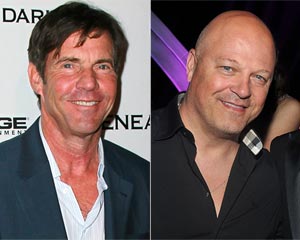 Not sure a 1960s Western drama is going to make it on CBS, though it’s cool that No Ordinary Family’s Michael Chiklis has been cast in it. And is it just me, or does the picture above make Dennis Quaid look ancient?

A bunch more pilot news at the link below, including Lily Tomlin being cast as Reba McEntire’s mother on ABC’s Malibu Country.