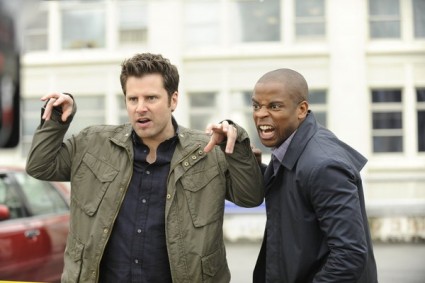 With all the discussion about the show Elementary “stealing” the idea of a modern-day Sherlock Holmes from BBC’s Sherlock, I thought this article comparing Holmes and Psych was especially apt. Usually House is touted as already being an American version of Sherlock Holmes, but this article clearly shows that Psych can be considered one as well. From gathering clues through observation to a medically-inclined sidekick/friend/indispensable colleague, Shawn and Sherlock aren’t as far apart as they might first appear.