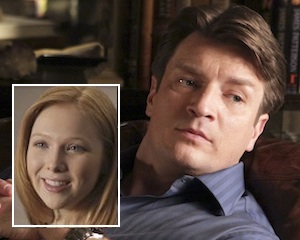 Hmm, I hadn’t heard hints about Alexis having her own spin-off, but I’m kind of glad one doesn’t seem to be in the works. I like Alexis being on her “dad’s” show, but I’m not sure she’s a strong enough character to helm her own. Now, if she brought her grandmother along for the ride, I could see a show working, but where would Castle be without his mother and daughter?

This article also hints at the May 7th finale without giving much away. The finale means after tonight’s Castle-less evening, there will only be two more Mondays this season without a brand new Castle! The rest of May will seem very empty, though.

What do you think this finale holds? Leave your speculations in the comments below!