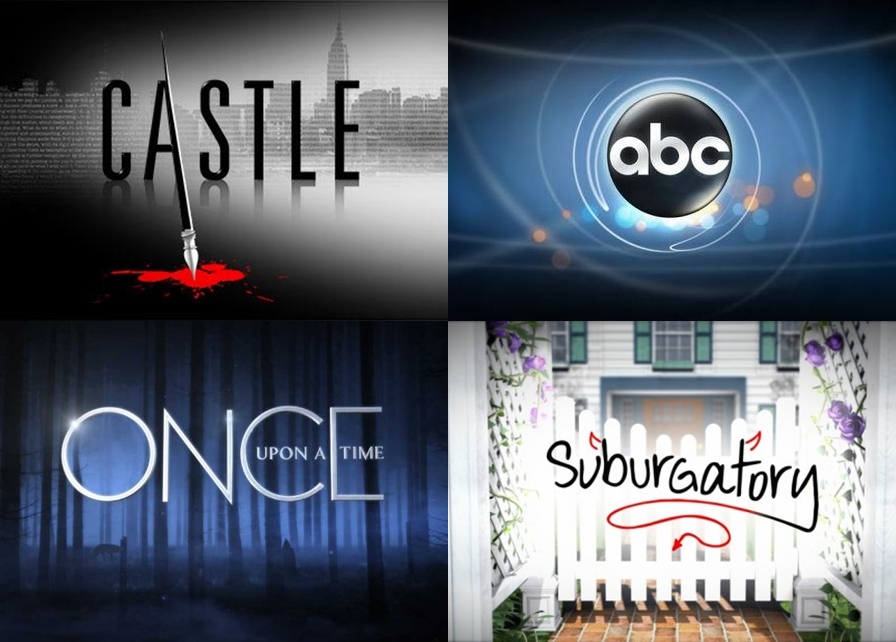 I’m most excited about these climatic episodes’ tidbits and dates (many spoilers in the episode descriptions):

Once Upon a Time – April 29 (this Sunday!) – “The Stranger” – August promises to enlighten Emma and take her on a journey that will show her how she can beat Regina, and possibly take custody of Henry; and with Mary Margaret returning to work, Regina puts a plan in motion to seduce David. Meanwhile, in the fairytale land that was, with the Evil Queen’s curse about to strike, Geppetto agrees to a plan that will save Snow White and Prince Charming’s daughter, but with a proviso that could also save his own son.

Castle – April 30 – “Undead Again” – When Castle and Beckett investigate the murder of a man with human bite marks on his body, Castle’s wild theories start flying. But none are as wild as what their only witness insists happened – a Zombie attack. As the evidence pointing towards an undead assailant piles up, the team plunges into New York’s Zombie subculture to find the killer and bring him in dead or alive…or undead.

Suburgatory – May 2 – “Hear No Evil” – As George and Eden’s (Alicia Silverstone) relationship gets serious, he decides to introduce her to Tessa, who is preoccupied with her job at Crystal Cup of Crystals. Meanwhile, George and Noah make a deal regarding George’s relationship boundaries with Eden, and Eden is overwhelmed by Sheila’s meddling and the Werners’ overprotective behavior.

Once Upon a Time – May 6 – “An Apple Red as Blood” – Henry pleads with Emma to stay in Storybrooke and continue her quest as the savior of the fairytale dwellers, and Regina concocts a plan that could rid her of Emma forever. Meanwhile, back in the fairytale land that was, Snow White enlists the aid of her fellow fairytale cohorts to attack the Evil Queen and save Prince Charming’s life.

Castle SEASON FINALE – May 7 – “Always” – When the murder of an Army veteran puts Beckett on the trail of the man who shot her, Castle must decide how much he’s willing to sacrifice to keep her safe. As secrets are revealed and feelings are put on the table, the lives of the detectives at the 12th Precinct may never be the same.

Suburgatory – May 9 – “The Great Compromise” – As Tessa adjusts to having Eden (Alicia Silverstone) living with them, she finds Eden helpful in her pursuit of a summer internship, while George has difficulty with Eden’s parenting. Meanwhile Sheila interferes with Noah’s relationship with Eden, and Malik and Lisa debate which camp to attend.

Suburgatory SEASON FINALE – May 16 – “The Motherload” — Residents of Chatswin go all out in celebration of their moms, leaving a noticeable void for Tessa, while Dalia chooses to go to Israel without Dallas. Meanwhile George and Eden attend the Werners’ baby shower, and Eden reacts to the endangered animal theme; Fred surprises Sheila with a special performance by her favorite solo artist, and Lisa makes a startling discovery.