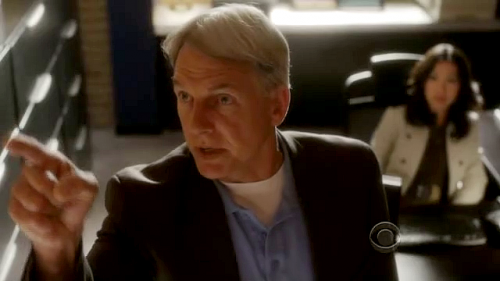 Most of the posts I’ve written so far for TV Breakroom have been things I’ve wanted to share – great shows I’d discovered, surprising actor connections, and speculations on why certain show failed to grab my attention. It’s been fun, and I’ve needed an outlet for that, but now I want to focus on my readers as well.

What do you want to read on this blog?

More specifically, what would cause you to stop by every day there’s a new post? What would make you decide to add this blog to your feed reader, or get posts by email? What would push you to share posts with your friends?

Now, I’m not going to change the general focus of this blog (TV shows), or widen the scope (no discussing reality TV, competition shows, or informative shows). But within the site’s parameters – generally scripted weekly shows and web series – there are many directions I could take.

Episode reviews. I’ve been moving the blog in this direction since I started running out of shows to do general overviews of. The main problem is that to review an episode, you usually have to spoil it, so people tend to only want to read them after they’ve watched the episode. Good if people want to discuss the episode, bad if people just want to find out more about the show before watching it.

TV news. I’ve started a new Twitter account to share news that crops up about favorite shows, but would you prefer I posted it here? Most news would lead to very short blog posts (which is why I started tweeting it), but I could also compile all the recent news about a show into a longer post.

Interviews. I’m taking the first steps toward building contacts in the TV industry via Twitter, and I hope to reach the point where I can interview TV writers, guest actors, and maybe even someday regular cast members. Initially this would be a slow, difficult process, so would interviews be something you’d like to read?

Recommending shows. For example, I could write a post, “If you like Supernatural, you might want to try . . .” and mention several shows and why fans of Supernatural would be likely to watch them. I wouldn’t be able to make every post about this, but I could write about it perhaps up to once a week.

Actor spotlights. Looking into a specific actor’s career, focusing on their TV roles.

Character spotlights. An in-depth look at one character from a show.

Polls and competitions. This could be as simple as adding them to the end of other posts to a huge March Madness bracket.

Online show roundups. Some of the best websites for a particular show, actors’ and writers’ Twitter handles, and more.

Top 10 lists. The ten best friendships on TV, the ten best non-human characters, the ten worst villains, you name it.

Music videos. Youtube has tons of fan-made videos that focus on TV shows. I could embed the best of the best into a post.

Comparing shows. A post seeing how two (similar or widely different) shows stack up against each other.

Fan fiction. Either pointing to some of the best fan fiction out their for a particular show, or following some of my own “what if?” ponderings (including dumping two shows into the same universe) and seeing what happens.

As you can see, there are a ton of options! Which ones would you enjoy reading? Do you have any additional ideas for posts?

One thought on “What Do You Want to Read About TV?”