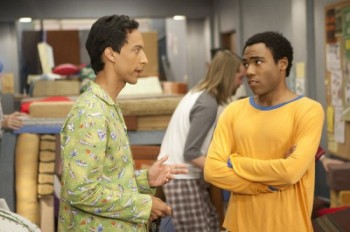 People who were worried about The Big Bang Theory affecting Community’s ratings can relax a little – Community’s rating is exactly what it was last week, when CBS was airing basketball. Even better, it was rated higher than 30 Rock, which follows Community in a less competitive timeslot.

Not so good are the ratings for NBC’s Awake, and ABC’s Missing. I’ve only caught one episode of Missing so far and thought it was decent, but I’ll be really sad to see Awake go. It puts such a cool twist on a crime drama (would have loved to see it following NCIS and NCIS: Los Angeles on Tuesdays on CBS instead of Unforgettable).