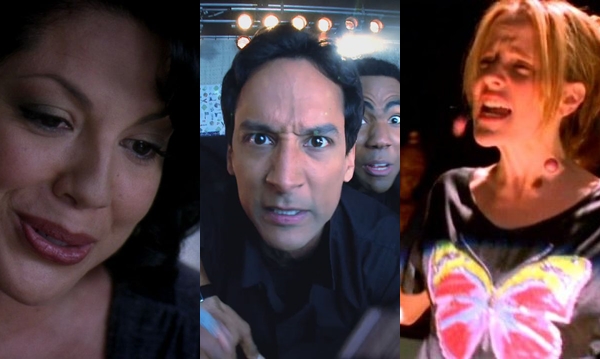 This musical episode mini-poll is one of my favorites in this event, so it’s awesome that it coincides with the Olympic opening ceremonies! As I mentioned in the nominating post, this option is limited to episodes from shows that aren’t all musical episodes (like Glee or Smash). It’s not that I don’t like their episodes, it’s just that the poll would end up being far too long for this mini-poll event.

I almost wish this poll happened later, as Psych is doing a two-hour musical episode that is sure to be amazing! Also, Dr. Horrible’s Sing-Along Blog gets an honorable mention, but as a stand-alone episode it doesn’t qualify for this event.

Poll will be open for one week, and you can choose up to three episodes. Be sure to check out all our ongoing polls at the main event page!

Which is your favorite musical episode? (Choose up to 3!)