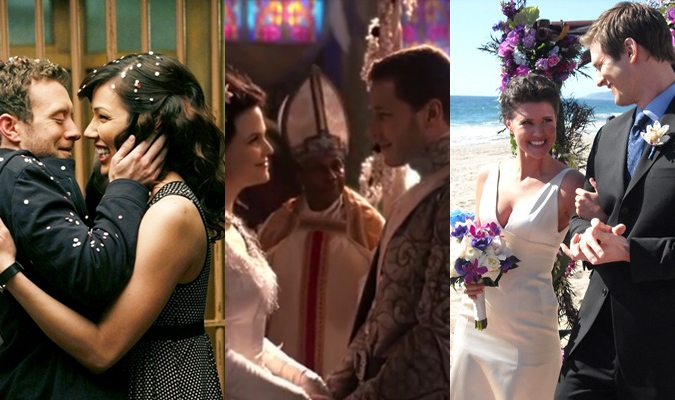 Round two of TV Breakroom’s Olympic mini-poll event features married couples in live-action, scripted shows! Some of these were married when their shows began, others found their way to each other throughout the show. (With Once Upon a Time’s Prince Charming and Snow White, it was a little of both!)

If you haven’t already voted on Cutest Couple Names, you still have 6 days left! And keep up with all the polls and results on our main event page.

Like all the other polls in this event, this poll will be open for one week. You can vote for up to 3 married couples, and the top 3 will be awarded medals toward their shows’ totals!

Who is your favorite married couple? (Choose up to 3!)