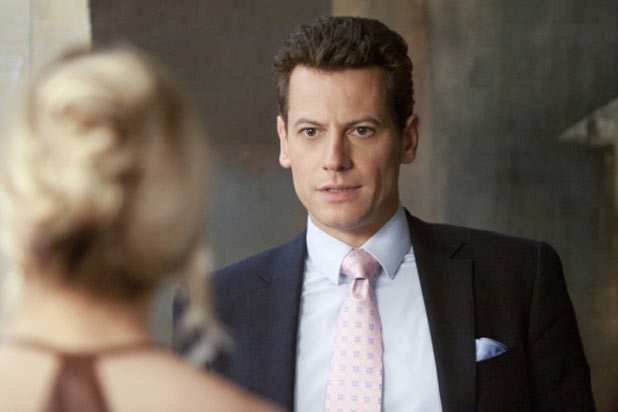 I just finished the fall finale of this amazingly twisty show. I’m loving how interwoven the storylines are – it’s definitely not a show you want to watch out of order! (The thought of someone doing that has me imagining Sarah Michelle Gellar’s “Wait . . . what?!?” face – wish I had a gif of it to inset here.)

Spoilers below – you probably won’t want to read this until you watch the November 29th episode.

The fall finale episode “That’s What You Get for Trying to Kill Me” didn’t end on a huge cliffhanger like I was expecting, though I am grateful that the show didn’t leave me in agony for weeks. But the episode was a crazy, mad rush to the finish, with only commercial breaks to let me catch my breath. And THREE dead bodies certainly will turn the show in a different direction come winter. (Though something else will have more of an impact, but I’ll get to that later.)

The first dead body is Agent Machado’s other informant, played by Amber Benson (Tara on Buffy the Vampire Slayer). Her minute on screen is a simple flashback, where she gives Machado information to help him take down a dirty cop. Since the cop happens to be the person Siobhan used to send Bridget her way, his interrogation could reveal some secrets Siobhan wants hidden. Still, it felt like Benson was criminally underused, and since her character’s dead, there’s no hope for a reappearance.

At least they didn’t do that with Jason Dohring’s character, whose presence is the only reason I’m able to stand scenes with the annoying Juliet (why wasn’t she the one to die?). Her latest stunt hits a new low. Hopefully something will come up later this season to smack some sense into her.

I didn’t expect things to turn out that way with Gemma, Charlie, and Siobhan. I’m still not quite sold on the idea that Charlie would kill Gemma just because he wasn’t paid on time. I’d think he would at least make another attempt to collect the ransom, or maybe leave Gemma in the storage unit while he got away. And how is an ex-cop such a bad shot, anyway? But since he’s dead now, too, those questions are rather moot.

Both twins have killed someone now. And it sounds like Siobhan’s staying in NYC, which should completely change things up for the show. She is insanely manipulative. It annoyed me how much she deceived Tyler – the black eye, leaving the pregnancy test for him to find, and then telling him the baby’s his.

So far, Andrew Martin (Ioan Gruffudd) is my absolutely favorite part of this show. I just love how sweet he is with Bridget, and his British accent doesn’t hurt things. 🙂 I can’t believe that Siobhan threw her relationship with him away so callously. This show has turned Ioan Gruffudd from a cool actor I enjoy watching to one I’ll watch a movie/show just because he is in it.

Not that Sarah Michelle Gellar’s acting suffers in comparison, but girls that flirt and pout and give long glances with eyes full of tears just to get their way have always irked me. No matter how sincere the emotion behind it can be, it always feels a little fake. It bothers me most often in Gellar’s case when she’s trying to say something cute or play dumb in conversation. But when her character’s alone and crying – that seems amazingly real.

Are you enjoying the show so far? What new twists do you think they’ll throw into the mix the second half of this season?