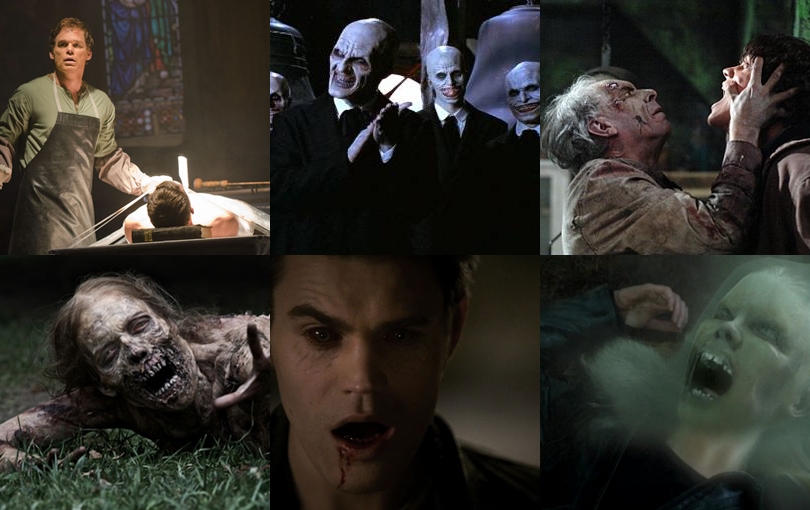 It’s nearly Halloween, and while we’ve recently had a poll on favorite Halloween episodes, this week we’re going to look at  scary shows! Whether the shows are all-out horror, or just have select creepy elements, you get to vote on which ones are your favorites, from the classic Twilight Zone to the brand new 666 Park Avenue!

You might have noticed we’re launching the poll on Tuesday instead of our normal Monday Madness slot. I’m doing this as an experiment. Since poll voting seems to go down on weekends, I thought it might be better for polls to end on Monday nights instead of Sunday nights, to give fans a final weekday to promote their show. We’ll see how that goes, and if you have any ideas for a catchy phrase to use for our polls if we decide to make that move permanent, please mention it in the comments!

This poll will be open for one week, and you can choose up to 10 of your favorite spooky shows! Be sure to spread the word so your favorites will make it into the top 10! Fans have used Twitter, Facebook, Tumblr, forums, Reddit, blogs, and chatboxes to get the word out about past polls. Get creative!

I know there are shows missing from the list, so please nominate shows I’ve overlooked! I’m being pretty loose with the term “scary” in this poll, but everyone has different levels of tolerance for suspense, gore, creatures, and surprises. If you’re not sure a show would fit, nominate it anyway!

Want more of a say in which shows make it onto the poll each week? (Shows on the initial list do have better odds to make it into the top 10.) Be sure to follow me on Twitter or like TV Breakroom on Facebook, since I usually ask for nominations before the new poll. Please help out with nominations! There are only so many shows I can watch personally, so I’m counting on you to fill me in!

Without further ado, here’s the poll! Voting ends around 1AM October 30th.

Which is your favorite scary TV show? (Choose up to 10!)