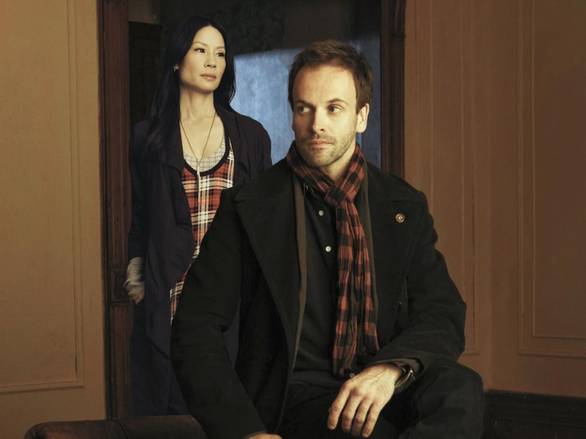 CBS has announced its new schedule for fall 2012, with several changes to make room for 4 new shows.

The Mentalist is moving to Sundays at 10 to make room for the new Sherlock Holmes show, Elementary (which will take its Thursdays at 10 slot). While Elementary is receiving a lot of flack for being too similar to BBC’s Sherlock, after CBS failed to secure the rights to an American remake of the show, I think it shows promise. The NYC setting and a female Watson help differentiate the shows, but I am thrilled that Holmes will still have a British accent. Plus it has a great lead-in with Person of Interest, and Scandal is the only scripted show it has to compete with.

Two and a Half Men is moving to Thursdays at 8:30, following The Big Bang Theory. I really hate when networks put shows I can’t stand next to shows I love, especially with comedies. Plus, Two and a Half Men seems like a terrible lead-in for Person of Interest. The move is to make room for Partners, which will air at 8:30 on Mondays, following How I Met Your Mother, while 2 Broke Girls moves down to 9PM.

The 1960s cowboy cop vs. criminal casino owner show Vegas will take the Tuesdays at 10 spot thankfully vacated by Unforgettable (so glad to see that show go) following NCIS: Los Angeles. The show looks a lot better than I was anticipating.

CSI:NY will move to 8 on Fridays, to make room for new show Made in Jersey at 9. Is it just me, or does the main actress’s actual British accent sort of destroy the whole “Jersey girl makes good” vibe of the show in the sneak peek below?

What shows will you be watching on CBS next fall?