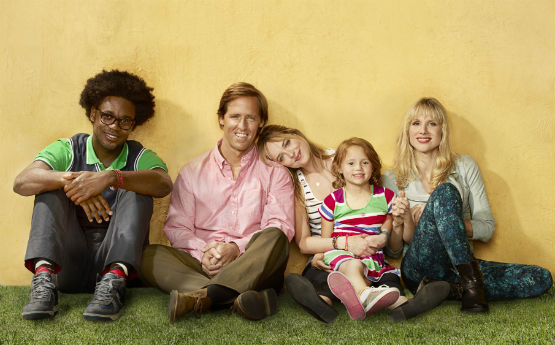 Fox has put a few of its new fall premieres online early, including sibling comedy Ben and Kate (which you can watch now on Hulu and starting September 25, on Tuesdays at 8:30). Irresponsible Ben Fox has a habit of crashing into his uptight younger sister’s life at the most inopportune moments, but he genuinely loves her and her five-year-old daughter, Maddie. His latest visit brings upheaval to both siblings’ love lives.

Nat Faxon and Dakota Johnson do a good job at playing the brother-sister duo, and it’s a nice change having the zany brother be older instead of younger. There’s some room for growth for their relationship to really zing, though, especially since Fox has another sibling comedy coming mid-season, The Goodwin Games. Daughter Maddie (Maggie Elizabeth Jones) is a bit underused in this episode, but her presence and the show’s dynamics give off a bit of a Bent vibe, though Ben and Kate isn’t as snappy or as risque as the ill-fated NBC show.

Rounding out the cast are Ben’s friend Tommy (Echo Kellum) and Kate’s friend and coworker BJ (Lucy Punch). Tommy doesn’t get much screen time in this episode, but he seems a likeable enough character. BJ initially turned me off a bit, but I think it was mostly because her abrasive personality and accent reminded me of The Office’s Nellie (Catherine Tate). Also, the only thing I’d seen Lucy Punch on before was Ella Enchanted, where she plays an evil stepsister (which probably didn’t help my opinion). I think I’ll warm up to BJ, and when a show leans on the heartwarming side, it’s good to have a character or two who bucks the status quo.

The humor in the pilot was more of the smiling type instead of laugh out loud, but the show feels genuine and organic. I definitely plan to stick around for a few more episodes. Since Fox is the only broadcast network with an 8PM comedy block, there’s a good chance this show will get ignored by most people who don’t watch its lead-in, Raising Hope (which is a pretty compatible show to pair it with). At least the premiere will be sandwiched between two new episodes of New Girl, but most viewers will typically be watching NCIS, Hart of Dixie, The Voice, or Dancing with the Stars results during that hour. Ben and Kate will have to keep improving to survive, but it’s off to a solid start.

One thought on “Ben and Kate – Pilot”