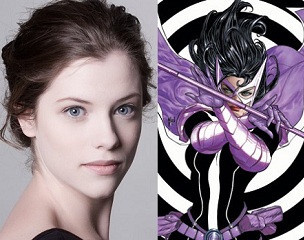 My experience with comic books is pretty limited (I usually read ones based on TV shows and web series, not the other way around), so I have little knowledge of the Huntress’ role in the Green Arrow comics. It is kind of nice not to have to compare movies and TV shows to their respective comic canons, though.

I’m also not familiar with Australia actress Jessica De Gouw, but her role as the daughter of crime boss trying to destroy her father’s empire sounds interesting.