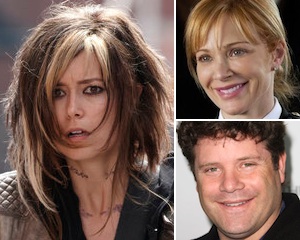 Looking forward to all of these amazing guest stars coming up in this season of Alphas! Much as I would like to see James Marsters regularly on my TV, I think SyFy made the right choice when they chose Alphas over Marsters’ similar (superheroes with limited powers) Three Inches. But Whedonverse fans still get to see a favorite actor, as Summer Glau reprises her role as Skylar Adams, a techno-alpha, for 3 episodes of season 2.

Also on the docket for season 2 are two NCIS-related actors. Sean Astin, best known as Samwise on The Lord of the Rings, recently dropped by the crime show, and will play Roland on Alphas. He’ll have the ability to absorb and replay others’ memories. Lauren Holly, who was NCIS’s Jenny Sheppard, will play a senator.

See this press release for more info on other new and returning guest stars.