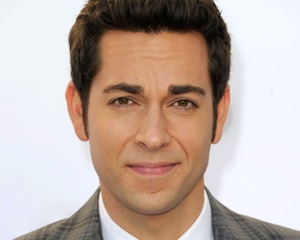 Well, I was going to write a post speculating where the cast of Chuck would end up this fall, but the pilot descriptions are (usually) so vague it’s hard to see where actors would best fit.

Comedy seems like a great choice for Zachary Levi. I hope Let It Go ends up being more along the lines of the genuinely funny How I Met Your Mother than the annoying awkwardness Fox’s hit comedy, New Girl, has drifted into.

Of course, Chuck fans are already clamoring for Yvonne Strahovski to play his character’s yet uncast wife. Others are eager for a Tangled reunion, though Mandy Moore has already been cast in an ABC comedy. I think No Ordinary Family’s Autumn Reeser (Katie Andrews) would have been a great choice, but she is in an ABC drama pilot already.