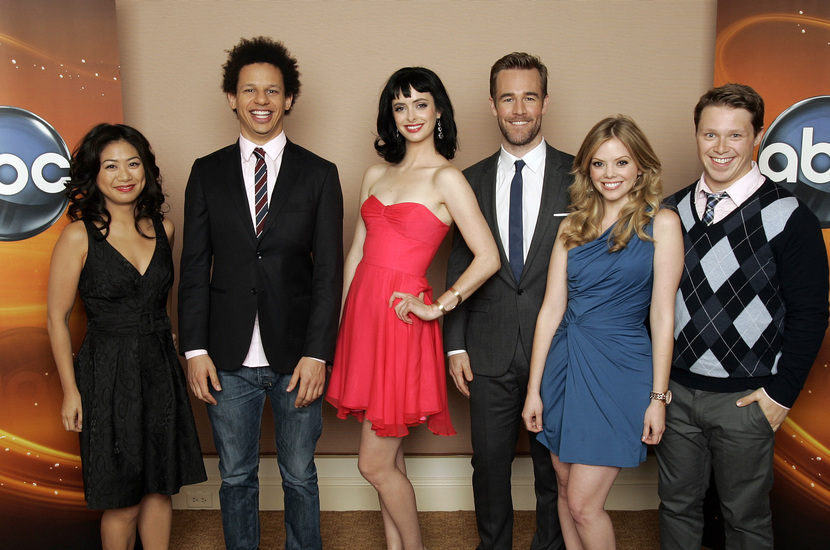 You can watch the first two episodes of ABC’s Don’t Trust the B—- in Apt. 23 before they air at the link below! The comedy stars Krysten Ritter, Dreama Walker, James Van Der Beek (as James Van Der Beek), and Liza Lapira (Dollhouse’s Ivy, NCIS’s Agent Michelle Lee). The show premieres April 11th at 9:30/8:30 central on ABC.

A wide-eyed Midwestern girl moves to New York City to pursue her dream job only to find herself living with an outlandish girl with the morals of a pirate. June’s (Dreama Walker) well-planned well-organized life takes a drastic turn when she arrives in New York to find that the corporate finance job she moved there for no longer exists. As she tries to navigate her newly single life in the big city, her Midwestern scruples are constantly put to the test by her wild and sophisticated party-girl roommate Chloe (Krysten Ritter) and Chloe’s best friend, the actor James Van Der Beek (James Van Der Beek). The two girls form an unlikely friendship that leads them both to unexpected places and often-illegal experiences.

I feel like I would enjoy the show more if I had watched Dawson’s Creek growing up. Also, during most of the second episode, I thought Chloe was lying about who her parents were, since it had already been established that she’s a con artist.

Since this show has many similarities to 2 Broke Girls (two 20something girls sharing an apartment in NYC, one naive, one jaded), there are bound to be comparisons. So far, I don’t find it as funny as the CBS show, but the excellent cast gives it room to grow.