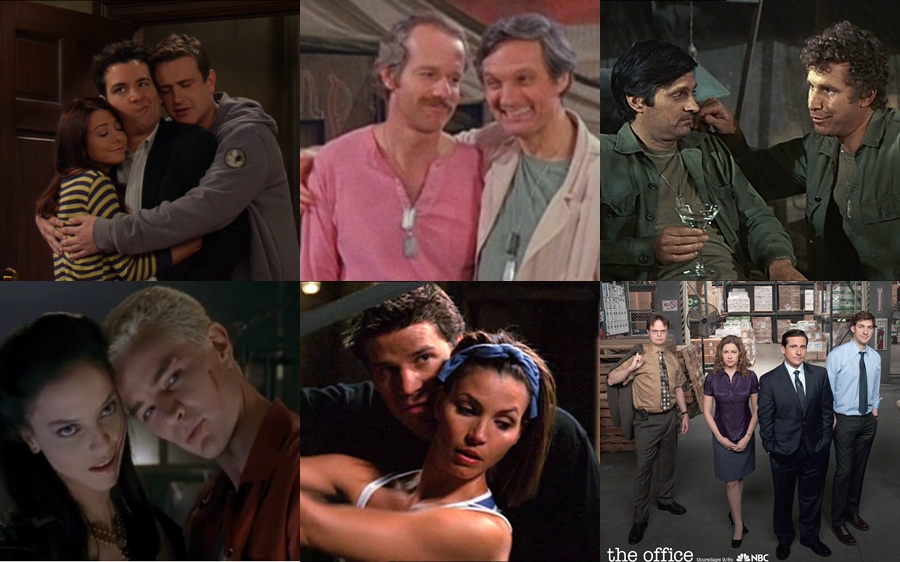 To keep things fair, we are only including a maximum of two sets of duos from any one show, and no character will appear in the bracket twice. Because of that, this wild card poll will accomplish 3 things:

This post also gives you one last chance to weigh in with any additional nominations. Look through both the list and the poll below, and if one of your favorite duos is missing, mention them in the comments! If they’re eligible, I’ll add them to either the confirmed list or the poll. (An ineligible nomination could be a duo with one character already in the confirmed list. For example, in Psych, you could nominate Shawn and Juliet as a duo, but since Shawn is already a part of the Shawn and Gus duo on the confirmed list, that nomination would be ineligible.)

Additional note: While there are romantic pairs in this bracket, that should be only one aspect of their relationship. Duos should have fun together, work well together, and/or have hilarious interactions.

Here, in no particular order, is the confirmed list for our TV Duos Bracket:

Now vote for which ones I should add to reach our final list of 64! Remember, not all of the top vote-receivers will make it in, as two-duos-max-per-show and character-can-only-appear-once rules still apply. This poll will be open for one week, and you can vote for up to 10 duos!

Which TV duos should make it into our bracket tournament? (Choose up to 10!)