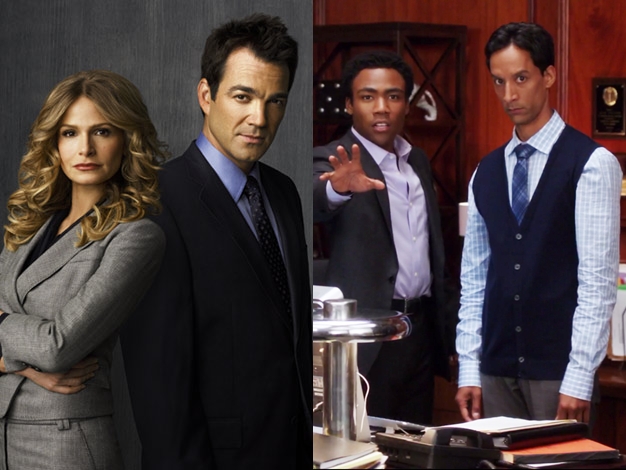 Our second semifinals match pits Brenda and Fritz from The Closer against Troy and Abed from Community. Which duo do you want to see in the final match?

All our quarterfinal matches have come to an end – be sure to check out all our matchups here. The winning duos have advanced to the semifinals! (P.S. Be sure to stop by our new show poll as well!)

You can find a full list of previous TV duos matchups and most eliminations here. Semifinal matchups are in beige. Each of the semifinal matchups will be open for 72 hours (3 days), so spread the word quickly so your favorite pair will make it into the next round! Fans have used Twitter, Facebook, Tumblr, forums, Reddit, blogs, and chatboxes to get the word out about past polls. Our toolbar at the bottom of the page has lots of quick links to help you share this post, or you can mouse over the image above!

Our first semifinals match is still ongoing – vote here! Our final match (which will pit the winner of this poll against the winner of that one) will launch shortly after midnight on Monday, October 8.

Which is your favorite TV duo? Round 5.2