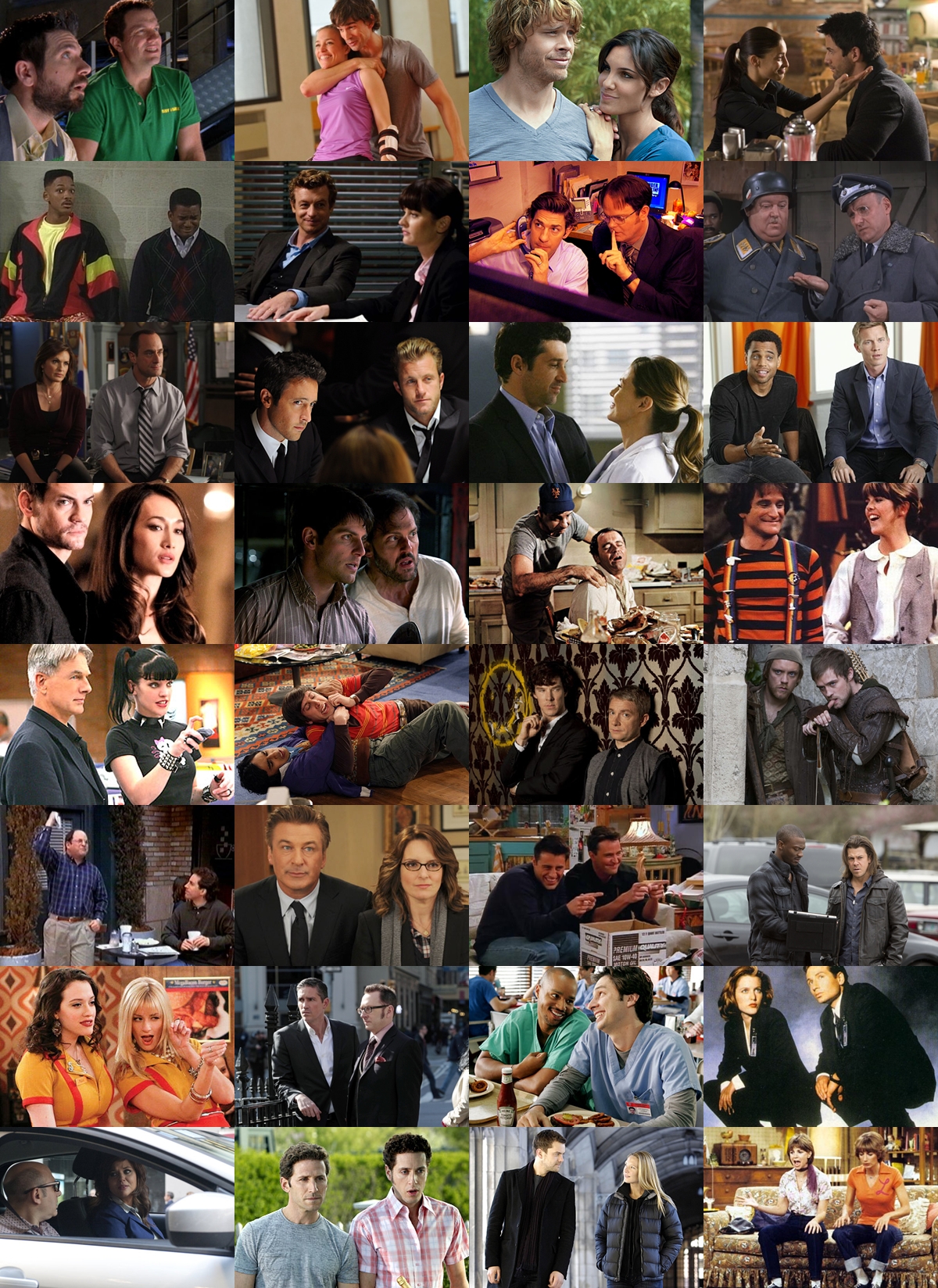 A total of 32 duos (all pictured above) were eliminated during round one. Some very nearly won: Friends’ Chandler and Joey lost by only two votes to Angela and Hodgins from Bones. With others, the vote was more decisive. Harvey and Mike from Suits won the highest percentage of votes in any round one matchup (96%), thanks to tweets from cast, the show’s official Twitter, and more than 50 fans (they were actually losing to Mork and Mindy by a few votes well into the final day). That poll also had the most votes cast in a round one matchup as well. The second most decisive vote was Merlin and Arthur’s victory over Nikita and Michael (93% to 7%), primarily due to fans sharing on Tumblr.

All of that clearly shows that your sharing efforts can make a HUGE difference in polls like these! So as round two continues, be sure to keep sharing! Below is a full list of round one eliminations (or you can view the updated chart here). Which duos do you think should have gone on to round two?

Kensi and Deeks from NCIS: Los Angeles lost to Kirk and Spock from Star Trek

Jane and Lisbon from The Mentalist lost to Sam and Callen from NCIS: Los Angeles

Benson and Stabler from Law and Order: SVU lost to Chuck and Sarah from Chuck

One more interesting note – out of the 8 shows with 2 duos in the competition, only two of the shows (Bones and Warehouse 13) had both duos make it to round two. The other 6 had one duo make it, and one duo not. Both sets of duos from the same show will face each other before the final (if they make it through the previous rounds victorious), so it’s not possible for two duos from the same show to be in the final match. It is possible (though not probable) for the only actor in multiple duos (David Boreanaz, as Booth and Angel) to face himself in the final.

2 thoughts on “TV Duos Bracket – Round One Eliminations”