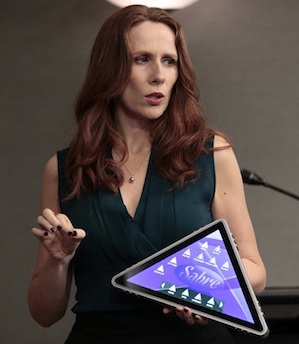 Does anyone else hate the news that Catherine Tate has been promoted to a series regular on The Office? Nellie Bertram’s character has all of the worst characteristics of Michael Scott, and none of the lovable ones. This may be the final straw to get me to stop watching The Office altogether (and I never do that after I’ve invested more than a season or two into watching a show). Except for maybe two brief glimpses of humanness, the character of Nellie has been nothing but abrasive and annoying. At least I have Person of Interest and Beauty and the Beast to keep me occupied Thursdays at 9.