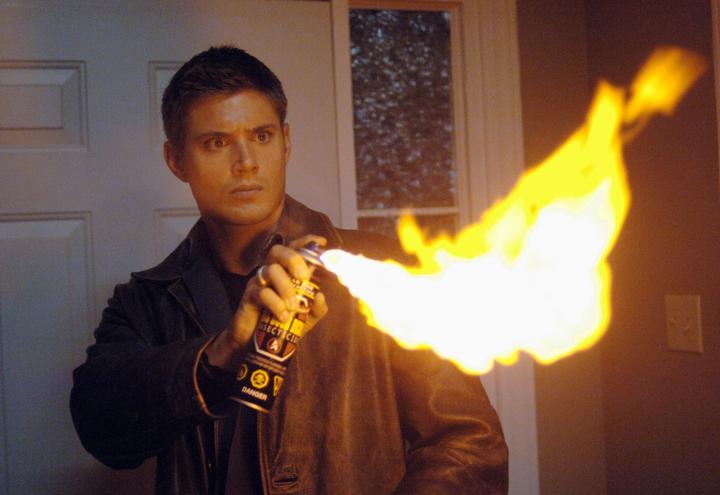 I went into watching this episode expecting it to be terrible (perhaps remembering Smallville’s cringe-worthy bug episode of its first season), but to my surprise it wasn’t half bad. I even laughed a few times, including when Dean stuck his towel-wrapped head out of the bathroom.

One of the things that made me enjoy the episode was getting some backstory on Sam’s relationship with his dad. Even though it was presented awkwardly (come on, writers, this isn’t the 80s), it really gave me a better idea of how the brothers relate.

Since the description gave away that a Native American burial ground had something to do with the bug attacks, I had the Buffy episode “Pangs” in my head the entire time, but the two didn’t have all that much in common. I did think the much more specific curse on “Bugs” made an interesting difference. (And now I have an arrow-riddled Spike yelling, “A bear! You made a bear! Undo it, undo it!” going on a constant loop in my head.)

I really disliked how the final attack was supposed to be 6 hours long (a little after midnight until dawn), and yet the way it was shot it seemed like a half hour at most. It made the sunrise seem like a cop-out.

All in all, while “Bugs” was a little corny in places, it was much better than the last episode, and is giving me a little hope for the show.