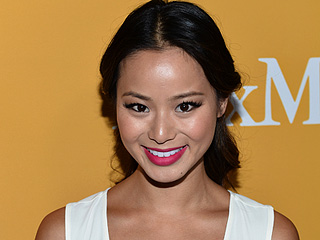 Once Upon a Time has cast another Disney favorite female – Mulan! Jamie Chung (who I know best from the movie Sucker Punch) has been cast for the reoccurring role. She seems to have the right mix of sweetness and daring-do for the undercover warrior. No word yet on whether the mini-dragon Mushu will make an appearance. Also, both Mulan’s and Aurora’s significant others have yet to be cast – even if the writers want to pull off a Rumpelstiltskin-as-the-Beast-like twist, there aren’t too many current cast options (a bit hard to do a romantic backstory with a cricket).

EW added this update about her role:

Some more details about Mulan’s character. She’s described as having been trained in weaponry, tracking and riding, but “has a spirituality that enhances her tactical and strategic abilities. She has suffered past betrayals, so her trust is hard-won, but once she gives her oath of friendship her loyalty knows no boundaries.” Also, “when she falls in love, she falls hard.”

‘Once Upon a Time’ scoop: ‘Hangover 2’ actress cast as legendary warrior | Inside TV | EW.com.