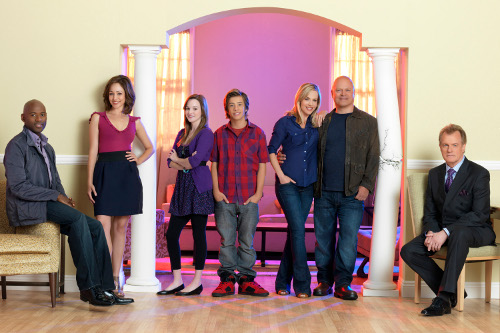 I can say with honesty that I began watching No Ordinary Family last fall because I was bored. I was caught up on the regular shows I watched, summer shows had ended, and I was looking for something different than crime drama (the two other new shows I picked up that season were both crime dramas – Blue Bloods and Detroit 1-8-7).

I’m only a casual fan of superhero stories. I’d enjoyed movies like Spider-Man (1 & 2) and Hancock, but I hadn’t been overwhelmingly pulled into the mythos of any of them (I haven’t even made it past the pilot of Heroes). No Ordinary Family seemed like a pleasant enough mix of The Incredibles and the Fantastic Four (and even starred Michael Chiklis from the latter). I figured I would give it a try.

The show was decent, but didn’t grab my attention. I left it in the “wait and see” category, as something to watch when I didn’t feel like watching anything else. It had plot holes and cheesiness, but good acting and visual effects. Gradually the show began to shift focus, from the family dynamics of dealing with superpowers to the wider story of others with powers and where they came from.

This focus change improved my opinion of the show. While Blue Bloods succeeded as a show because they blended family drama with crime drama, No Ordinary Family put too much emphasis on family drama at the beginning of the season, alienating many viewers who tuned in for the supernatural aspect. Once the balance improved, I began liking the show more, and eventually watched the entire season.

The side characters’ stories also increased my interest in the show, especially since they seemed to demonstrate more character growth. Joshua’s character was the first to emerge as neither all good or all bad, and the effects of his relationship with Katie changed the show from a may-watch to a will-watch. And I identified with the character of Katie on many levels (plus, she shared my name!).

Unfortunately, a second season seems unlikely for No Ordinary Family. But the first season is still well worth watching, especially after you make it past the first cheesy episodes.

Bonus for Joss Whedon fans: the show stars Julie Benz (Darla on Buffy the Vampire Slayer and Angel) and has a brief appearance of Amy Acker (Fred on Angel and Dr. Claire Saunders on Dollhouse). And I didn’t realize it until I looked it up, but Kay Panabaker (who stars as Daphne) played the creepy girl in the white room on Angel too. (I could keep going, the show has 20 or more cast and crew in common with Buffy, Angel, and Dollhouse according to IMDB.)

One thought on “No Ordinary Family – Superheroes”