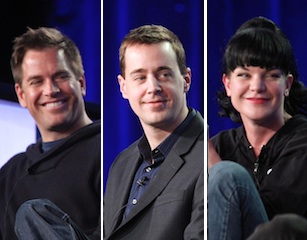 If you’ve been watching signing news for NCIS, you might have been a bit worried that the actors who play DiNozzo, McGee, and Abby hadn’t signed on for the next season. Given how season 9 ended, you might have been even more worried! But never fear, Michael Weatherly, Sean Murray, and Pauley Perrette will be back for season 10 AND 11, having just signed new two-year deals.

NCIS Trio Re-Sign for Season 10 and Beyond – TVLine.