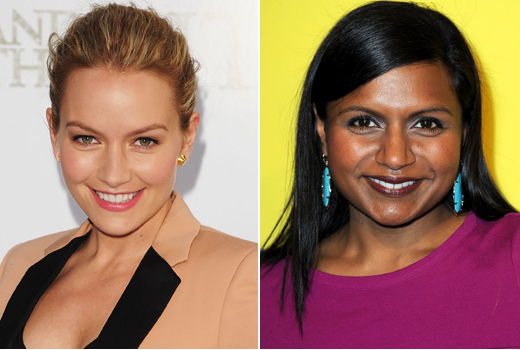 It’s interesting how these show pickups let you know far more about what will happen on the shows you already watch! For example, since Mindy Kaling’s OB/GYN comedy has been picked up, Kelly will be leaving The Office (or her role will be greatly diminished). And since The Goodwin Games stars How I Met Your Mother’s Becky Newton (as well as being created by the minds in charge of HIMYM), it’s fairly certain Quinn won’t be walking down the aisle towards Barney in Monday’s season finale. UPDATE: Mindy Kaling’s show has been given the title It’s Messy.

Fox’s third comedy pickup, Ned Fox is My Manny (did the show’s creators purposely chose the last name with hopes of getting picked up by this particular network?), puts a twist on the uptight woman vs. lovable rogue cliche by making them siblings. UPDATE: Its new title is Ben & Kate.

None of these shows are screaming at me to watch them, but I’ll probably try out all the pilots, because they all seem far more likeable than NBC’s new shows.

Mindy Kaling Comedy, The Goodwin Games and More Picked Up By Fox – TVLine.