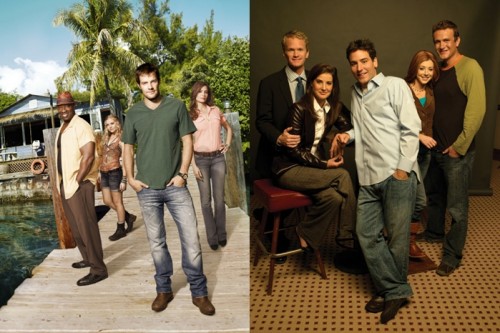 Struggling freshman show The Finder (which will likely be canceled if the Friday factor doesn’t come into play) beat the steady Blue Bloods, and veteran How I Met You Mother passed up its Monday night companion, 2 Broke Girls.

The Finder – Walter Sherman is an Iraq War vet who suffered brain damage in an IED explosion, which triggered the ability to “find” things: he sees connections between seemingly unrelated events, objects or people that other investigators would miss. Walter is assisted by his “legal adviser” and bar owner Leo Knox, US Deputy Marshal Isabel Zambada, and teen parolee and thief Willa Monday, who is serving her probation with the team.

Which motley crew gets your vote? Let me know in the comments!

Update: though tied below, a vote on the main post gave HIMYM the win! Keep voting here!

7 thoughts on “March Madness: The Finder vs. How I Met Your Mother”