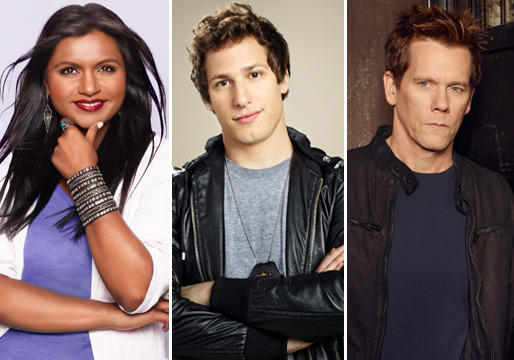 I actually yelled “Yes!” amid a group of friends when I saw this news! So glad to hear that The Mindy Project has been renewed! New Girl was a given and Brooklyn Nine-Nine a strong contender for renewal, so I wasn’t surprised they were included. I was a bit disappointed at the renewal of The Following, as the show doesn’t interested me at all, and I’ve seen some less-than-stellar reviews of it. Almost Human is a far more deserving drama.

It remains to be seen whether bubble show Almost Human and awesome but struggling Enlisted will be granted renewals as well. Fox has three extra hours to fill next year with the cancellation of The X Factor, but has already ordered 3 dramas and 2 comedies to series from their list of prospective pilots.